Editorial: This month, we focus on an Olympic Special News Digest. As we all know, the sporting extravaganza that happens once in every four years was held from the 5th to the 21st of August 2016. In these days when many are fine with being ‘secret Christians’, it was refreshing to see some champion athletes proclaiming their faith in the open! News Digest takes a look at some of those athletes whose lives were touched by our Lord, and those who did not hesitate in proclaiming His name!

It has been come to light recently that the Best Olympian of all time, American Michael Phelps, had a transformation in his life after reading Rich Warren’s best selling Christian book – Purpose Driven Life. Phelps, who was contemplating ending his life after a series of incidents like substance abuse and an arrest following drunk driving in September 2014, said he was a “train wreck and was lost!” before his long-time friend, NFL star Ray Lewis, an outspoken Christian, came to his rescue and gifted him the book. Phelps entered rehab, and the book not only helped him find purpose for his life, but also restored his relationship with his estranged father! The champion swimmer’s comeback was complete after he won five gold medals and one silver, taking his overall Olympic medal tally to 28, making him truly the greatest Olympian of all time! News Digest cannot confirm if Phelps has given his life to Jesus, but the transformation he has head speaks about the healing power of our Lord Jesus! Read about Michael Phelps’ amazing transformation here.

Shaunae Miller praised God after diving over the line to win the women’s 400m gold by 0.07 seconds. The Bahamian athlete pipped the American world champion Allyson Felix in a thrilling finish. After leading the field into the home straight Miller’s legs appeared to fail in the final metres and Felix looked like she would overtake. But Miller threw herself across the line to win gold in a time of 49.44 seconds. Shaunae said, she could not have done it with Him (God), and gave God “all the thanks and praise!” After the race, she was seen bowing down on her knees and thanking God. Excerpts taken from this link!

Incidentally, her closest opponent & silver medalist Allyson Felix had revealed before the Olympic Games that her Christian faith leads her life. She went onto win two more gold medals in 4×100 and 4×400 m women’s relay. Click here to read about Allyson’s faith. 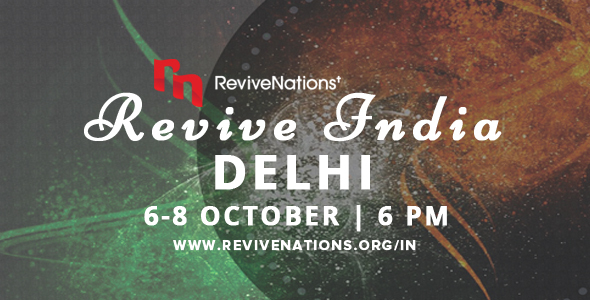 In the post-race interview with NBC, Briana Rollins who had led an ‘American sweep’ at the 110 m hurdles at Rio, said that she “just kept God first and just continued to let Him guide” her throughout the rounds. She revealed that she had formed a “prayer circle” with her country mates and “just let His presence come upon” them. Briana is known to be an outspoken Christian, and that is evident from her social media posts. Her twitter profile picture reads, “I also want to be known as the athlete who glorified God by reaching my full potential.” For more on this, click here.

South Africa’s Wayde van Niekerk broke Michael Johnson’s 17-year-old world record to win gold in Men’s 400 m race with a timing of 43:03. Known to be an outspoken Christian, which also reflects on his tweets, after becoming the best in the world, tweeted a photograph with him on his knees with the text ‘Jesus Did It’ along with the words ‘God is power’! In his post-race interview, he said, “The only thing I can do now is to give God praise. I went on my knees each and every day and I told the lord to take care of me and look after me every step.” Millions watched on television and in the stadium as Wayde sank down to his knees to offer his thanks to God!

American Christian Taylor won the Triple Jump gold with a jump of 17.86m, helping him retain his title from London 2012. He had revealed earlier that his faith was the foundation of his life. The champion who is a committed evangelical Christian says he has his daily devotions, and it’s his faith in God that keeps him grounded in a lifestyle that can be distracting. Incidentally, the silver medal also went to an outspoken believer in Christ – Will Claye, who had once famously carried his Bible for a victory lap in 2012. Click here for more on this story.

You can go through this link to get a list of five more champion athletes who confessed their faith in our Lord Jesus openly.

Note: Revive Nations does not own any of the photographs published in News Digest. The photographs are from the websites that are linked along with the news capsule, or from the source through which we got the news first.

[©Revive Nations. In using this article, link back to this blog, do not alter wordings or charge for it.]

IS’ mandate to Christians; Persecutions in Tanzania, China, Iran; and a Former Lesbian opens up

Now join 10,500+ subscribers to receive updates in your email inbox once a week.

Now join 10,500+ subscribers to receive updates in your email inbox.