Before You Trash Your Idea, Read This! 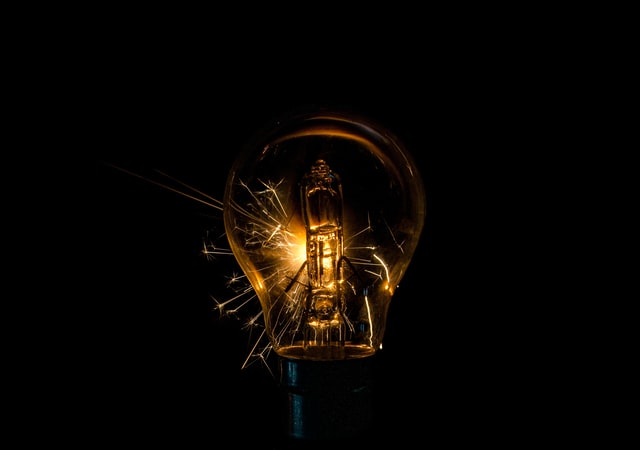 This is a guest blog by Kim Kumar. She works as the executive editor for a trade magazine.  She also works as an editor with SMMinistries. You can follow her on twitter here.

[French Translation] Is there a vision or an idea that keeps coming back to you time and again? Does it seem absurd? Does it seem impossible? Hold on! Before you trash it, what if that idea is from God?

No child of God is lacking in ‘Ideas Department’

God is the ultimate source of ideas. Every fiber of His being and doing displays His creativity; and as we are made in His image, creativity should lay inherent within us. Also, God endeavors to give knowledge and ideas foremost to His children. 1 Corinthians 2:16b says: “We have the mind of Christ”. Therefore no child of His can say that he is lacking in the ‘Ideas Department’.

You trust God for your finances, health, family etc, how about trusting Him for creative ideas? According to James 1:17,“Whatever is good and perfect comes down to us from God our Father, who created all the lights in the heavens“. Also Proverbs 18:15 (NLT) says,”intelligent people are always open to new ideas. In fact, they look for them“.

You can’t, but God can

Not that God has stopped his flow of ideas, issue is either we are too busy to listen to Him, or have very little faith that those ideas can succeed! In fact many of us are sitting on those God ideas, doing nothing with them. Well, just because God gives you an idea doesn’t mean anything will ever come out of it. “Faith is what pleases God” (Heb 11:6), and the rule hasn’t changed as yet.

You will have to act in faith to bring that idea to fruition. Faith creates great minds with great ideas, great strategies, always acting on them, while doubt sows in fear that makes one focus on the impossibilities and insecurities. Focus on what God has called you to do, rather than worrying about how he is going to pull it off. Yes, you can’t do it, but God can if only you are willing to take that step of faith.

Secondly act as per His time-move the moment God asks you to. Sadly, more often than not we go around telling people about our God-given idea, but while they are still talking, someone else goes and invents it!

Point to remember: Not all good ideas are God ideas. For good ideas to come into fruition, you have to make it happen; whereas for God ideas, as we show our obedience, God makes it work and all you do is stand back and watch it happen.

God gives ideas so that we can leverage them in a profitable way, with the end purpose being expansion of His kingdom, as simple as that!

I read about a man called Leroy Anderson whom God gave an idea to design a yo-yo with a light bulb inside. It seemed silly initially, nevertheless he followed it and today Anderson owns the largest yo-yo company in North America! And can you imagine how much more he is able to support the kingdom of God financially now than before?

You don’t have to look to the world for inspiration, ask God!

Ideas are not necessarily for restricted to professionals who are in the creative fields. You may be working as a clerk, housewife or minister of God, you can still ask God to give you unique ideas.

Heard of Mary Hunter, a housewife based out of Indiana, US? She is the inventor of her patented Mary’s Marinating stick. One day God gave her the idea to invent this cooking gadget called marinating stick (looks sort of like a wide chop stick with holes). It eliminates the need to marinate meat prior to the cooking process. While the meat is cooking, the natural juices of the meat help infuse the herbs and spices throughout giving your meat a robust flavor.  It took Mary Hunter 13 years to develop a prototype and now her brand is a huge success!

“God does not show favoritism” (Acts 10:34). If God can give ideas to Anderson and Hunter, why can’t He give them to you?

Was there an idea that God reminded you of as you were reading this post? What kept you from pursuing it? Are you ready to take the faith walk towards it?