3 Steps to Receive a Greater Dimension of God 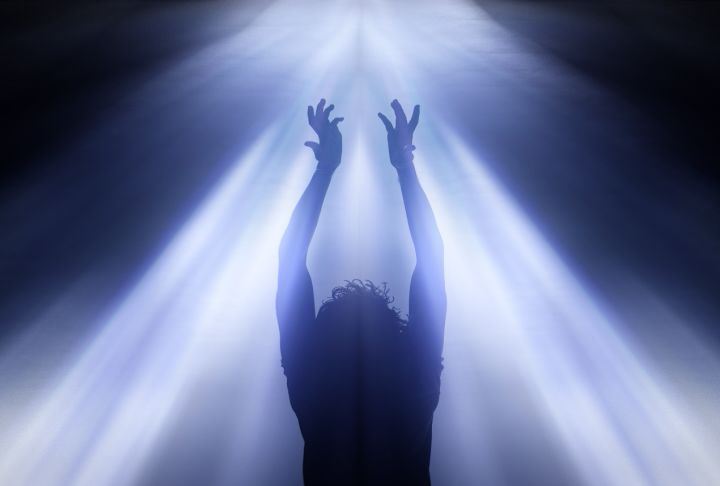 Many of us live in a narrow understanding of the visible realm and it’s hard for many to even begin to try to see into the invisible spiritual realm.

An example of this in scripture is in the book of Daniel, “And behold, a hand touched me and set me trembling on my hands and knees. And he said to me, “O Daniel, man greatly loved, understand the words that I speak to you, and stand upright, for now I have been sent to you.” And when he had spoken this word to me, I stood up trembling. Then he said to me, “Fear not, Daniel, for from the first day that you set your heart to understand and humbled yourself before your God, your words have been heard, and I have come because of your words. The prince of the kingdom of Persia withstood me twenty-one days, but Michael, one of the chief princes, came to help me, for I was left there with the kings of Persia, and came to make you understand what is to happen to your people in the latter days. For the vision is for days yet to come.”

In reality, everything that is happening around us is being moved by indivisible things and there is strong evidence of that in our daily life. The scripture above shows how Daniel was visited by an angel of the Lord who tells him that he was delayed by the prince of the kingdom of Persia. The kings of Persia represent the kingdom of hell; principalities, demons, spirits of darkness. This scripture talks about spiritual warfare.

Sometimes people limit God with their understanding of Him and as a consequence they can only go to the places that they know. How much you are exposed to is how much you can walk out with Him in boldness.

The kind of manifestations that happened in the book of Acts chapter 2 had never been seen before. The subtotal of all the encounters in the Old Testament all happened in one shot in that upper room. All that experience happened in one moment for those that were waiting on God.

When we pay the price, set ourselves apart and take the efforts to pursue God that’s when the encounter comes.

We cannot receive what we do not pursue. [tweet this] God doesn’t need you, you need Him and He comes down for those who run after Him. [tweet this]

Here are 3 Levels of Receiving from God:

You need to have an open heart.

Some people have already concluded on what God cannot do therefore will never see anything new. [tweet this]

God can only fill a vessel which is open. Develop a want to learn new things with the faith that there is more in it than what you have already experienced.

Some people carry arrogance of what they already know and as a consequence limit what God can teach them. [tweet this]

The moment you think you have enough experience you’re in great trouble in the presence of God.

God works with people that say, “I don’t know how to do it. Show me Your glory. I empty myself before You. I need You Lord.”

God will only pour into an empty vessel. He’s not going to mix the new with the old! [tweet this]

The different levels of desperation are important. Many of us are hungry but lazy because you are not hungry enough. Many times we are not desperate enough in the church.

The tipping point of hunger is when you get into action and knock down the heavens door! [tweet this]

How desperate are you to have experience with God?

It will show in how passionate you are in the things of God.

If we can become desperate and repent for the fact that we’re not desperate enough, then the same kind of divine experiences that the Old and New testament speaks about will happen in our midst because Jesus is the same yesterday, today and forever.

When Daniel proclaimed a fast, he had a visitation from an angel. The scripture says that the angel was stopped in the heavenly places; the place between heaven and earth. In that place there were certain demonic activities that began to fight the angel.

It was a big spiritual warfare that lasted 21 days. The warfare was so strong that the angel needed assistance from the archangel Michael. Michael assisted him so the word could come to Daniel.

What does that have to do with us?

Know who you are and the authority you carry!

Every time you’re about to enter into a new phase, a new promise, there’s a spiritual warfare that happens in the spiritual realm.

If you’re content with being an ordinary Christian then you’ll be ignorant of the things of the spiritual realm. Pray that the Lord would open your spiritual eyes and ears.

Let’s get desperate, as much has to be done in our generation.

The Bible tells us that there’s always a huge spiritual warfare before a breakthrough, “For we do not wrestle against flesh and blood, but against the rulers, against the authorities, against the cosmic powers over this present darkness, against the spiritual forces of evil in the heavenly places.” (Ephesians 6:12).

The scripture isn’t only talking about angels, it’s talking about us. The angels have the assignment of fighting the invisible realm but we are seated in the heavens with Christ Jesus. We have more power in our tongue than the angel has because it doesn’t have the name of Jesus like a believer does.

We have a greater fire because we have the Holy Spirit inside our hearts. None of the Old Testament prophets had the privilege of the blood of Jesus where as we are clothed by the righteousness of God. All God can see is that we are washed by the blood of Jesus. The authority that the children of God has is more powerful than that of an angel.

Don’t walk like you are defeated, for greater is He that is in you than he who is in the world. [tweet this]

Now then it is time for us to use this authority, get desperate, get humble and access into all of what heaven has to offer us.

Who is The Holy Spirit? – You Have a Personal Helper!

How to Overcome Temptations?

The Circle in the Sand Has Your Name on it!

Super Goal and Focus – 5 Steps That Make It Happen