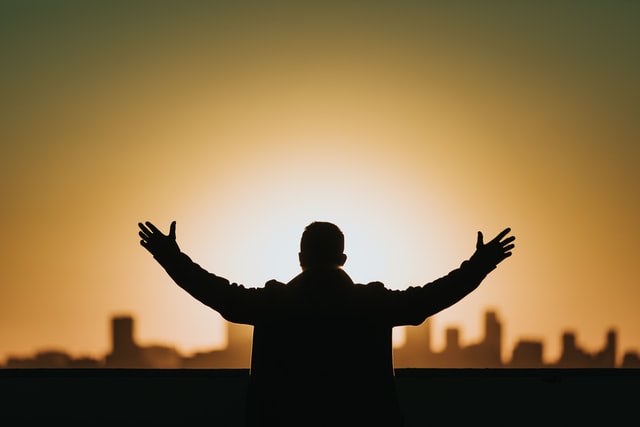 In the year 1905 in Wales, revival was born in the heart of a college student. His name was Evan Roberts. He read and heard about some of the great revivals that had occurred in Wales and other places, and his heart was stirred with this subject of revival. He stated, “I could sit up all night to read or talk about revivals.” Hearing him pray for hours at a stretch, he was forced out of his rented room by his landlady thinking he might be dangerous and mad.

One night at the age of 25, he was awakened in the presence of God and found himself crying out to God. That night began a journey of pursuing God. This intimate time with God stretched for hours till he fell asleep again. This continued for many months together. It was during this time that God revealed himself deeply to this young Welsh man, preparing him to carry the Revival Fire.

Even though he had experienced some divine encounters in those hours of prayer in the night, it was while attending a series of meetings held by an evangelist named Seth Joshua that Evan experienced a renewal of the Holy Spirit. At the end of one of the services Seth Joshua prayed, “O God, bend us” These words shook Evan Roberts with much intensity.

Here are his words about that experience: “I felt a living power pervading my bosom. It took my breath away and my legs trembled exceedingly. This living power became stronger and stronger as each one prayed, until I felt it would tear me apart… I fell on my knees with my arms over the seat in front of me. My face was bathed in perspiration, and the tears flowed in streams. I cried out, “Bend me, bend me!” It was God’s commending love which bent me… What a wave of peace flooded my bosom…”

By the words “bend me”, he meant that God would cause him to conform to His will; that God’s desires would overtake his desires. This encounter had changed Evan. He was no more the gloomy personality that he was but the Holy Spirit radiated through him as much joy. He was no more timid and shy but was filled with much authority and boldness. His weak body was strengthened.

He obtained permission to leave college to return to his home village of Loughor to preach what had been deposited in his heart by the Spirit of God. The pastor reluctantly allowed him to preach after the main service to play safe. 16 young people and a little girl decided to stay back and hear what this young man had to say.

As he taught them, the Holy Spirit convicted these young people that by the end of the meeting, all of them had confessed all their sins. They were so blessed that they invited him back for the second night and then the third and it went on. By the second week, they had no place in the church because it was packed to the full.

Evan Roberts was a spirit-led minister. Sometimes he cried, sometimes he laughed in joy, he didn’t really preach as formal preaching was taught. He used no notes, hardly prepared his sermon but let his heart overflow and out of that urging and sharing for a fresh baptism of the Holy Spirit, people were touched and spontaneous prayer would birth in these meetings.

The word about what God was doing in this village spread throughout Wales. People began to seek God for a similar outpouring. It was within weeks the fire of Revival was burning throughout the region. Church services extended from Sunday to everyday. Some started from 6pm and went on till midnight. Soon within few months, the whole of Wales was soaking in God. The police who used to register more than 600 cases of offences before the revival was now registering less than 2 cases on an average. Now that they had no crime, the officers in the police sang in the revival choirs. The donkeys used at the mines, so used to being cursed at and screamed at by the ungodly miners, couldn’t understand the kind language as opposed to the swearing they were used to.

No one ever imagined that what was born in that one heart would overflow to be a nationwide impact. Within three months, more than 100,000 people had been added to the churches of Wales. Some say, it was only 80,000 that remained after five years. 80% of retention rate still is a mighty impact! This revival then crossed the borders and spread to America, Canada, Europe and some say even to India.

The same God of Evan Roberts is alive and available for those who seek Him today! If you can seek God fervently today, the Lord will let Revival birth in you!

It is my prayer that there will be a generation that will wake up to seek God and allow God to bend them. Let God take over every area of your life. Receive His dream in exchange of your dreams.

If you are ready to pay the price then the Revival in you will overflow to your church, city, nation and the world itself.

Why the church is not as effective – Pst. Lolo Holonou

Learning From a Child

A Lesson From The Ants & the Coonies (Video)

How Children Learn From Their Mistakes: Part 1

← Prev: Break Up Breaking You? Next: My Letter to Friends in Corporate →
Blog home page