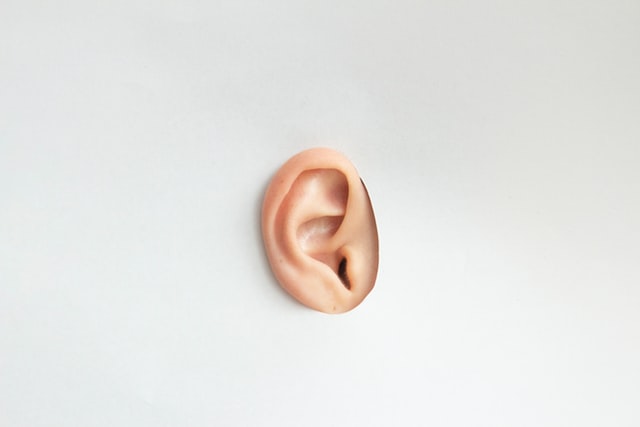 I met this dear sister and her husband, Rev. Jack & Peggy Kennedy in Canada. From the time that I have been associated with Sister Peggy, I have enjoyed her level of spiritual sensitivity. I love learning from people and surely I would love to live with this sensitivity to the Holy Spirit. It is true that the prophetic is the most abused gift in the body of Christ, but when there is the original we must expect the counterfeits too. Is it not interesting that Apostle Paul encourages us to, “eagerly desire spiritual gifts, especially the gift of prophecy.” 1 Corinthians 14:1.

So I decide to shoot her an email that I could share with everyone on this blog to be blessed with. Here we go.

1. How long has it been, when did it all start?

As a child growing up in a very ‘non-prophetic’ church environment, I would listen with wonder as one older lady would give a message and interpretation in the services. I really didn’t have much understanding or what was happening, but my ‘ear to hear’ was being developed even then.  In Bible School, there still wasn’t much emphasis on the working and gifts of the Spirit but during that time in dorm devotional meetings etc., I stepped out in obedience to give a message in tongues and interpretation. The desire to be used of the Spirit as neither a novelty nor a ‘toy’ but truly as a spiritual tool in ministry was being cultivated.

In the early years of ministry following Bible School, our region was being swept into the charismatic movement that was sweeping nations. In the various charismatic settings in that renewal era, I became more aware of the prophetic gifting.  At the altar ministry time, there was a continued growth and frequency of the word of knowledge flowing to minister to individuals. I also was noticing that there would come a very focused anointing when I was asked to lead in prayer in various settings that I was releasing specific things from the Spirit. Now I understand that these ‘prayers’ were strongly flavoured with prophetic anointing.

2. How did you develop this ear to the Holy Spirit?

It has been my experience throughout the years that one’s prophetic gifting really is enriched and sharpened by being in the atmosphere of the prophetic and being with others who are stronger in their gifting than self. Prophecy really ‘begins in the ear’, not in the mouth!  We learn to identify the expressions that are of the Spirit by ‘hearing’ long before we actually move forward in speaking forth the word of the Lord.  A foundational truth for me has been that the Word of God is always our guide and our test for any prophetic utterances. To grow in the prophetic, one must keep saturated in the written Word of God. That is the fountain out of which the flow of the Spirit will increase.

For one span of time (perhaps ten years or more), I found that the emphasis of the Spirit for me was to pray the Scriptures. That way, I became used to expressing the heart of the Father into situations.

Prophetic words I received throughout the years have also been a major means of moving me forward in the prophetic gifting.  I learned that prophecy is either a word of confirmation or a word to be confirmed. That test has greatly helped me to discern and appropriate the prophetic words I have received. Again, it is the written Word which is the final authority.

A major leap forward in the prophetic gifting has come in the past 12 years as we have walked closely with more and more prophetic people in our nation. These giftings have sharpened me and have challenged me and have really served as models to strive to grow in prophetic accuracy. Reading and attending prophetic conferences (and now teaching in them!) have been settings in which I have enhanced the flow of the gifting.

Within this past 12 years has come the understanding and even the transition from ‘prophetic’ to recognizing the calling and office of a prophet.  Because these terms are still quite controversial in some settings of the Body of Christ, I have taken the position to simply serve with the gift in whatever way that accomplishes the Lord’s purposes rather than to insist on recognition of the gift and office.

3. What are the struggles?

My focus is not so much on the ‘struggles’ of the flow of the gifts of the Spirit and especially the flow of the prophetic gift, but rather on the challenge and the adventure!  Although, I may have endured some criticism and misunderstanding along the way, my focus has been on striving to stay in the authentic flow of the prophetic gift. My ‘challenge’ would be to keep growing and to pursue being used of the Lord to not just hear for individuals but for churches, for cities, and for nations. I long to be more involved in hearing what the Spirit is saying! I find that the majority of the Body of Christ share that yearning. I do find as part of my growth that incrementally the gift is growing. There is an increase in the prophetic nature to my preaching.

There is always that moment of risk when you move out into releasing a word!  That dependency on the Spirit is not a mark of immaturity but rather is the mark of authenticity. Releasing the matters of His heart is a great privilege but a sacred trust!

4. How can our generation be relentless, persistent in the walk with the Holy Spirit?

Our world is in great need of the constant expression of the Presence of the Living God! This is a day when signs and wonders will follow those who are pursuing the Lord and proclaiming the Gospel!  The heart of this generation is longing for spiritual reality and ‘connectedness’ with the supernatural realm.  The Spirit of the Lord is waiting to respond to that great hunger with Himself.  God speaks!  God speaks to us!  God speaks through us! Let us commit to being used of Him for His glory!

My Most Unforgettable Moment With My 5 Month Old Kathryn

← Prev: What is Your Cave? Next: Thorny Me →
Blog home page