Gold Dust and All That 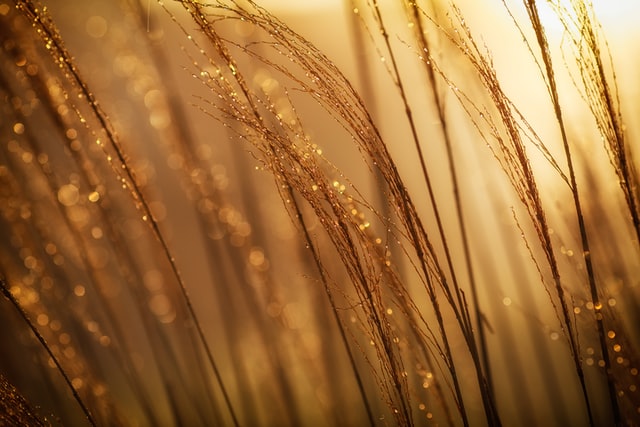 This is another guest post by Pastor Edelbert Kharsyntiew. His passion is to see revival, especially in the North-East of India. He now pastors a vibrant young church in Bangalore.

I had once written about the glitters that fell during the great revival in Shillong. That was in 2006 and then I felt it was perfectly valid to rejoice over this supernatural sign. But then as the revival waves continued to hit different parts of the world, and more and more people began to experience gold dust falling on them, and the subsequent dizzying exhilaration generated by it, I became a bit alarmed.

Here are my Concerns:

I noticed that people began attaching a special value to the gold dust as a way of authenticating revival or the anointing ‘level’ of someone. I feel indebted to raise a few concerns here:
There is so much talk about gold dust these days. Gold dust seems to have become the ‘golden calf’. What do I mean by this? You remember the golden calf created by Aaron when he was pressurised by the Israelites in the absence of Moses?  This prompted a question in me. Is the unhealthy captivation by this gold dust phenomenon  due to the absence of right leadership within the revival movement? Is this a test from God to see where our heart truly lies?

Secondly, the golden calf was made of gold. Gold was a blessing to the Israelite slaves when they left Egypt at the orchestration of God.

There is nothing wrong with gold as a blessing. What is wrong is when gold becomes ‘god’ or an ‘object of worship’.

Worship is “intense devotion or obsession with someone or something we value”. When ‘gold dust’ becomes a “value” or a yardstick by which we measure revival, it becomes a ‘golden calf’. It becomes an ‘object of worship’.
If revival is judged or “valued” by the presence of gold dust, it only shows that idolatry has set in.

Can God drop gold dust as a ‘sign’ during Revival? Oh yes, that’s God’s prerogative. Can He make the face of his servant ‘glow’? Why not.
We can keep asking.

Can He stop the Sun? or the flow of a river? Can He divide the Sea? Can He rain down manna, or quails, or (gemstones, new limbs, new heart, lungs etc or even rupee notes to anyone who is in need?) Can He fill many big jars with a little oil from a small jar? Can He feed five thousand men with a little amount of food meant only for one small boy? Can He shake a mountain that it bellows out smoke? Or can He shake the house and cause fire to become visible when in actuality there is no ‘real fire’ around?
Can God cause a donkey to open its mouth and speak in human language? Or can He cause the stones to sing an anthem of praise to God?

Yes, God can. In fact He has! And nothing can stop Him when “He decides” to do something to display His power .

Can a man set the agenda of God? Can a group of men tell God what to do next? Can a denominational head present a memorandum to God to stop that which causes ‘controversy’ within his parish? Can a theologian pontificate to God about what He should do and what He should not do?

Why cant we get it simple and straight?

And there is no one else. He rules! period.

Let’s worship God and allow Him to be God. He  decides. He discharges. He strategizes and implements. He captains over His army. Who are we, but mere servants who only need to follow His commands?

Lets not take our eyes off Him. Let us not be carried away by gold dust or gems or currency notes.

May our song continually be

What are your views on the gold dust phenomenon? As believers where do we need to draw the line?

What Do I Do When My Child Has A Tantrum

← Prev: Why I Hate Apple Next: What Ambassadors of Christ Can Learn From This U.S Ambassador →
Blog home page