The Supernatural in the Church – 7 Ways to Handle It 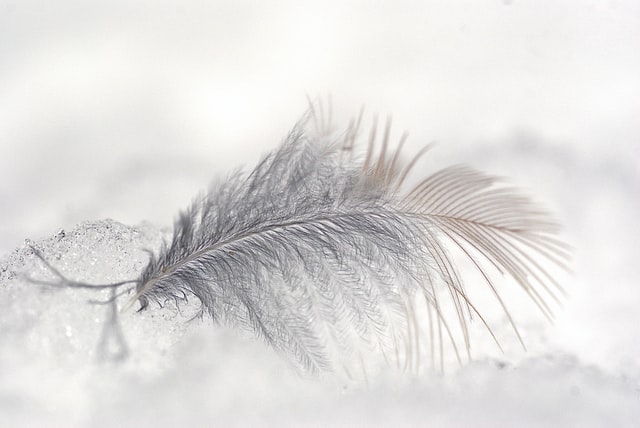 Over the last few decades, we have been witness to different kinds of signs and wonders in the church that we are not very familiar with. Even though we have one guest post on “Gold dust and all that”, I’ve had emails from friends asking me about how are we to respond to them.

Today one of the greatest arguments people have while seeing unusual miracles is where is it done or written in the Bible?

Here is a verse I’d like to discuss with you, let’s read what Jesus said to the disciples after His resurrection, Acts 1:4, 5 “And while staying with them He ordered them not to depart from Jerusalem, but to wait for the promise of the Father, which, He said, “you heard from Me; for John baptized with water, but you will be baptized with the Holy Spirit not many days from now.”

The only thing they knew was that they would receive power when the Holy Spirit would come upon them.

But what really happened was more than simply a spotless white dove fluttering on their room. Didn’t the disciples in Acts 2, feel, see, hear and do more than what Jesus promised?

See Acts 2:2-4 “And suddenly there came from heaven a sound like a mighty rushing wind, and it filled the entire house where they were sitting. And divided tongues as of fire appeared to them and rested on each one of them. And they were all filled with the Holy Spirit and began to speak in other tongues as the Spirit gave them utterance.”

The sound like a mighty wind was not the promise neither was the divided tongues. Yet they were manifestations of the Spirit that followed the promise.

I don’t hear anyone calling it a cult especially since Jesus didn’t talk about a sound, rushing wind or the literal fire that sat on their heads with people babbling in the known languages (not just unknown tongues) of the people present from all the nations.

Don’t be quick to give someone a cult status for lack of knowledge on how or why God is using that person to that extent.

So, could there be more or different kinds of God manifestations? More than what our minds can understand? Didn’t Jesus say you’ll do even more than Me? Doesn’t it also say that all that Jesus did cannot be stated?

Consider another verse. Hebrews 2:4 “While God also bore witness by signs and wonders and various miracles and by gifts of the Holy Spirit distributed according to His will.”

Here are 4 ways God witnessed to the people.

All according to His sovereign will!

Now we do agree with the gifts and healing and miracles in the church. We’ve seen the blind see, the deaf hear, cancers healed and heard stories of the dead being raised. But what about signs and wonders? Or is there a limit to what kind of signs or wonders are allowed? Or simply, does God have to do only things that we can understand?

Historical legend records that when the disciple of Jesus, St. Thomas reached India, he witnessed the sight of Hindu Brahmins, after their ablutions in a local tank, offering prayers by chanting mantras (the Vedic tradition of India for spiritual transformation) hymns to god in the form of Argyam (water held in the palms) of water to the sun god.

Amused by the sight of water being thrown up by the Brahmins, from the palms of their hands, which was falling back, he challenged the Brahmins stating that the water they were offering was not being accepted by the Sun god as it was falling back into the tank. He made a deal with them stating that his God would accept the offer of water if he threw it up in the same way as they did, but water would not fall back. If he proved this then his God was superior and the Brahmins would have to embrace Christianity.

He threw the water held in his palms up into the air, which remained still in the air at a height and with this miracle he converted a number of Brahmins and Jews in Palayur to Christianity.

Surely Jesus had not done that. So is there more that we can expect from God?

My Point of View?

“those who danced look quite insane to those who didn’t hear the music.”

1. Let’s not put the Holy Spirit into a box. He is able to do anything and everything through those who believe to fulfill His divine purpose that we may not immediately understand.

2. Let’s not be too quick to judge a work of God because it is beyond our understanding. As my pastor used to say, “When you don’t understand a move of God, don’t be quick to judge, and ask the Holy Spirit to help you understand.”

4. Pray, ask the Lord for understanding, clarification & revelation in case of something that you do not understand. Take any step with caution. Just in case it’s from God, you don’t want to be fighting the Holy Spirit.

5. Isn’t the revival in the Church still true and hoped for despite the fall of any other revivalists? Do not shut every possible move of God because of someone who may have abused the gift.

6. Personally, I, do not believe in having to preach about signs or try to make something happen. I believe I’m called to preach the gospel and the miracles or signs that follow is left to God’s will and desire. But if someone feels otherwise, that’s between God and them; let us leave it to their calling.

7. At the end of the day, let one more soul see Jesus and be added to the body of Christ!

I conclude with a quote from John Piper talking about different manifestations of the Holy Spirit,

Now that being said I want to hear your thoughts.

Discuss with the GTH community,

1. Have you had a personal, supernatural experience from God? How & when? If so what was the point? What was God teaching you or how did it bless your life or God’s kingdom?

2. If you have had any concerns about the supernatural in the Church, what are they and why?

We all grow, and as we grow, the Lord teaches and clears our understanding as we pursue & desire to have the mind of Christ.

Let’s then keep on loving Jesus, author and finisher of faith.

Change Your Life in 30 Days!

How Important is the Fellowship of Believers?