Breaking Unfounded Traditions in the Church 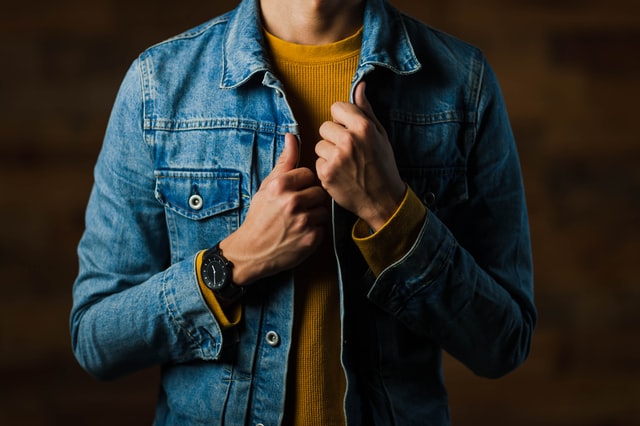 It was one fine evening about seven years ago. My pastor friend insisted that I wear denim for a speaking engagement at a youth conference.

Prior to that day, I had never even thought of preaching while wearing denim. In fact, I grew up learning that jeans were high up there on the list of “fashion for the ungodly”.

As I walked up to the platform at the conference, my hands were shaking. Was God going to strike me dead?

My traditions gripped me so much that I thought that service was going to be the worst ever. But thankfully, none of my fears came true. In fact, it was the beginning of a personal review of many unfounded traditions that had crept into my beliefs and created a rigid mentality.

It is not my intent to insult anyone’s convictions, but it is my hope that somebody who reads this will begin to think beyond man-made traditions that are baseless and actually dare to influence change in any setting.

Are we condemning something because it seems sinful to our conscience alone, or are we basing our views on the fact that the Word of God forbids it?

We face many dangers in being critical. Think about the negative perceptions of the prodigal son’s brother who became upset over his father’s forgiveness and that he had adorned his brother with new clothes and a ring. (An interesting aside: Jesus actually present a parable that mentions jwellery(i.e., wearing a ring???). *think*think*).

Think about what the world would be like if we were to stop being a part of the crowd that is quick to pass judgement, and begin to base our views on God’s Word. I am positive that this will lead us to love people whom we have for so long rejected based on worldly standards and traditions.

It is sad that while we have rightly condemned sin, we have also made ourselves idols of self righteousness.

We still struggle with the idea of receiving something free of cost. Can something really be free? How is it possible for us to be unconditionally justified by faith? Is that not dangerous? How is it that we are not expected to pay even a small price for grace?

Sometimes we are quick to forget that we cannot add to the finished work of Christ. All of us are saved by grace; period.

Then why does it feel bad? It took me time to break free from many traditions that I had believed in. I had to seek the face of the Lord in prayer and fasting to understand the real Truth that can only be found in the pages of the Word of God…and to think that I had placed man-made rules and traditions before His Truth for so long!

The human conscience is very powerful. Just because you feel a certain way does not mean that you were right or wrong in your actions. Can your conscience deceive you? Yes, it is possible that your conscience can be misinformed or distorted based on preconceived notions.

I want to share with you a brilliant read: R. C. Sproul’s response to “If acting against conscience right or safe?” (Excerpts from How Should I Live in This World?)

“Here we must tread carefully lest we slice our toes on the ethical razor’s edge.

If the conscience can be misinformed or distorted, why should we not act against it?

Here we have a dilemma of the double-jeopardy sort.

However, if we act against our consciences, we are also guilty of sin. The sin may not be located in what we do but rather in the fact that we commit an act we believe to be evil. Here the biblical principle of Romans 14:23 comes into play: “Whatever does not proceed from faith is sin.”

If a person is taught and comes to believe that wearing lipstick is a sin and then wears lipstick, that person is sinning. The sin resides not in the lipstick but in the intent to act against what one believes to be the command of God.

The dilemma of double jeopardy demands that we diligently strive to bring our consciences into harmony with the mind of Christ lest a carnal conscience lead us into disobedience. We require a redeemed conscience, a conscience of the spirit rather than the flesh.

The manipulation of conscience can be a destructive force within the Christian community.

Legalists are often masters of guilt manipulation, while antinomians master the art of quiet denial.

The conscience is a delicate instrument that must be respected.

One who seeks to influence the consciences of others carries a heavy responsibility to maintain the integrity of the other person’s own personality as crafted by God.

When we impose false guilt on others, we paralyze our neighbors, binding them in chains where God has left them free. When we urge false innocence, we contribute to their delinquency, exposing them to the judgment of God.”

The last para is crucial. Let us not be the reason for anyone to be under false traditions exposing them and ourselves to the judgment of God.

It is my prayer that this sets you free from any false guilt that others may have placed on you.

May we repent from allowing ourselves to be gripped by man-made rules, traditions and holier-than-thou-attitudes so that we can pursue God, the Truth of His Word, and walk confidently in the grace that He has freely given to us with all our heart. Let us therefore continue to strive to bring our consciences into harmony with the mind of Christ and not be bound by the vein traditions of man.

I want to hear from you. Are there any traditions that previously had you bound? How did you break from it? What has been the greatest hurdle that you have had to overcome with unfounded traditions? Share below.

[Verse] God Wants to Make Home With You

Help us choose a colour for SMMinistries logo

Most Leaders Fail Because…