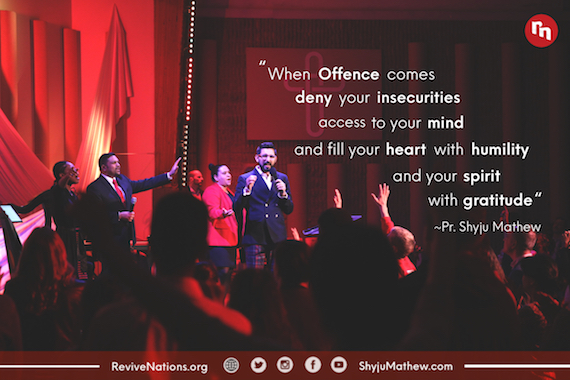 Have you ever wondered why so many successful CEO’s, pastors and political leaders, fall from grace, when they spent their whole life climbing that great mountain of success?

It’s all about math: More specifically, long division! Many successful people fall from two factors, self-division or division by another. Yet, the only remainder in this equation is the sad story of lingering failure!

In the Church, there are two kinds of division:

1. SELF division
2. Division by OTHERS

Some people carry such a spirit of rejection on them that they draw the enemy’s attack.
Beloved, low self esteem, insecurity and a lack of identity in God will empower the serpent’s power in your life.Here is what the Bible says, “For God gave us a spirit not of fear but of power and love and self-control.” 2 Timothy 1:7 ESVThe world would say power is strength to take over. The Bible says that power is meekness under control. Meekness says “I know who I am, but I know I don’t need to show it off”.

Consider these men in the Bible:

But then, here’s a different story. Joseph was rejected by his brothers, but victimhood never plagued his life. He was so secure that when God gave power to him, he didn’t destroy the brothers who betrayed him, but instead,  lifted his brothers out of famine.

Can you see the pattern? Insecurity causes offence which causes unforgiveness and sin. Sin and unforgiveness causes a quenched spirit which depletes your faith and produces only failure. In this state, you can’t pray because then you don’t have the confidence in God to pray! 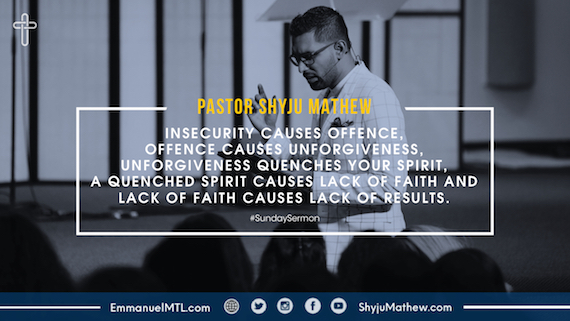 Don’t be imprisoned by the hurts of your past. Fear of repetition of past trauma and hurts will empty your confidence and divide your heart. Be careful of what divides you!

Choose instead to operate in the spirit of power, love and self-control. Do not expect God to support you when you react in the flesh. Choose to walk in wisdom and with the grace of God and walk away from those who seek to oppress you. Use self control and let go of your need to exert your power. Depend on the power of God to deliver you! People who are divided fall into traps they make for themselves. A divided man will divide the house.

Therefore, when offence comes, deny insecurity any access to your mind. Instead, fill your heart with humility and your spirit with gratitude.

Every failure can be found in a divided focus. [tweet this]

Paul said, “I appeal to you, brothers, to watch out for those who cause divisions and create obstacles contrary to the doctrine that you have been taught; avoid them”. Romans 16:17 ESV

You have to ask yourself about your friends: how many do you have?  What qualified them to be your friends? What was your criteria in choosing them in the first place?

[tweet quote]Any brokenness that you’ve had, can be mostly traced to a person whom you entertained that you shouldn’t have.[/tweet_quote]

Imagine what the world would have been like if Eve had decided to ignore the voice of the snake? The Fall didn’t happen in two weeks. It happened in one moment.

You must identify people that specialize in dividing and creating offence in your heart. Paul says to mark and avoid them.

James 4:4 ESV urges the Church, “You adulterous people! Do you not know that friendship with the world is enmity with God? Therefore whoever wishes to be a friend of the world makes himself an enemy of God.”

Why didn’t Paul say pray so you can be stronger? Paul says if you want to survive this faith, you must avoid people who divide your focus from the Lord.

Mark them as toxic and avoid them.

Beloved, guard your heart from insecurity and avoid those who seek to divide you!May His Kingdom come and His will be done, here in earth, as it is in heaven in all our lives!  As we flee from the dividers, and seek the Lord’s wisdom to remove every self-division in our lives, we will be overcomers! Lord Jesus, expose the lies which divide our hearts!  Holy Spirit give us courage to remove every friendship which divides us from you!

To God be the Glory!

The Power of Friendships (GTH – Series)

← Prev: Siksè nan tout bagay! Next: How to Go From Deep to Deeper to Deepest →
Blog home page