Leaving a blueprint of honour for our children

Leaving a blueprint of honour for our children

“Love must be sincere. Hate what is evil; cling to what is good.
Be devoted to one another in love.
Honor one another above yourselves.”
(Romans 12:9-10 NIV)

As we step into the next series, it is God’s desire that we understand the importance of showing honour. Our every day conduct, as parents, will have a direct impact on how our children learn to either sow honour or sow dishonour. It all begins with our own relationship with God, and how well we show Him honour, as this will influence how we honour our spouse, our employer, our pastor, and all who have been placed in authority over us.

Let us start from the beginning. What is honour?

According to the thesaurus, honour has these synonyms: “esteem, respect, to pay homage to, assigning value to.” The Greek word translated “honour” in our English Bibles, timao, means “to prize, i.e. fix a valuation upon; by implication, to revere” (Strong’s Concordance). Showing honour, then, means treating another respectfully because we value them highly.

I want to share with you a small story that opened my own eyes to understand the connection between parents and children in learning how to show honour. I was called into an elementary school to consult on a serious problem that they were experiencing with all of their grade five students. Upon arrival, I was told that many of the students in grade five had a problem with showing respect to their teachers. and went onto discover that there were five classes, and over one hundred students in this particular grade. It was very unorthodox to be asked to consult on a problem that effected so many students. It is important to add that this school was made up of 99.9% students from the same cultural/ethnic background.

I started by asking about the problem, and the school principal told me that whenever a student in grade five is reprimanded, they do not take responsibility for their actions; in fact they place the blame on somebody else. They answer back to the teacher/principal “Why are you blaming me? Why aren’t you talking to Bobby? Why do you think it is always my fault?” The principal was describing most of the grade five students, and told me that the class had had five different French teachers since the beginning of the year because of the high level of disrespect.

I continued by asking the principal about what she had done to try and solve the problem, and she explained that she would often have to call the parents into school. The parents, when told about their child’s disrespectful behaviour, would also have difficulty taking responsibility for the situation with their child. In fact they would answer back to the teacher/principal “Why are you blaming my child? Why aren’t you talking to Bobby? Why are you always putting the blame on my child?”

It was at this moment that I realized that the problem in grade five was a systemic one, and not easily remedied. The children were merely walking in their parents footsteps. The parents did not know how to show rightful honour to the teacher/principal of the school, and so their children had learned how to sow dishonour to those in authority over them.

In introducing the topic of honour, this story is an example of how our children are sponges, and take in everything that we say and do:

The parents in this story no doubt had their valid reasons for becoming defensive upon hearing how their children had acted disrespectfully, and perhaps could have even made a good argument for some injustice or another. That is the interesting thing about honour though, especially when we have a biblical understanding of it.

As children of God, we are called to show honour where honour is due, even if we disagree, and even when there appears to be an injustice. It is necessary to honour those whom God has placed over us, through our obedience and demonstration of respect. To do otherwise is to disrespect God.

If the parents in this story had shown respect and honour to the principal, taking responsibility for the actions of their children, and showing their children that their teachers are always to be respected, even when he or she may be in the wrong, the parents and teachers would have created a strong united front. The children would not have been forced to form an alliance with their parents, while at the same time coming in direct opposition with their teacher’s authority. I suspect that the parents had difficulty showing honour because they themselves did not know how to first honour God. Honouring others starts with our ability to first honour Him.

Let us also learn to walk in honour, in direct submission to God’s word:

“Give to everyone what you owe them: Pay your taxes and government fees to those who collect them, and give respect and honour to those who are in authority.
(Romans 13:7NLT)

We will continue with this topic of honour next time, but until then let us ask ourselves the following questions:

Principles to Unlock Heaven’s Blessings in your Life

← Prev: ¿Cómo proteger a la actual generación de jóvenes? Salmo 78 Next: Let Me Introduce You to the Eavesdropper! Approved by Heaven Series -Part 3/5 → 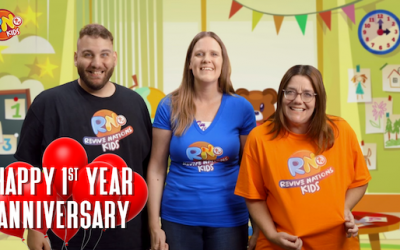 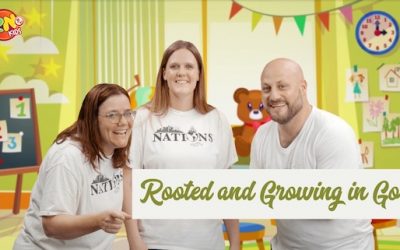 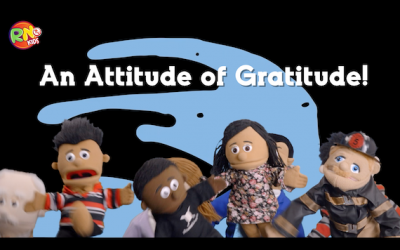