Finding the Stream that Unlocks Your Destiny 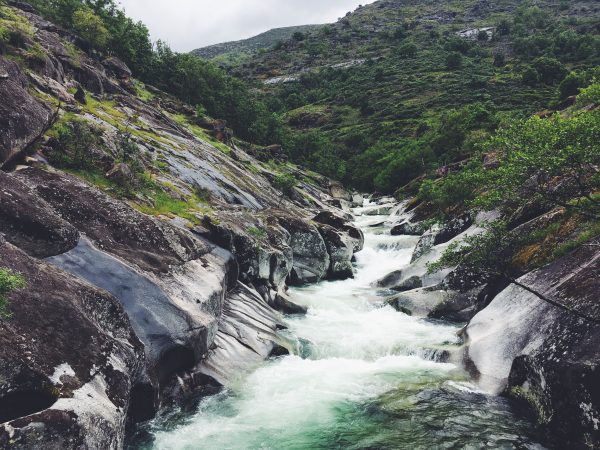 Are you ready to receive a word from the Lord that will shift your destiny? Let’s take a minute to recognize that we’re a privileged generation. God has put us in such a time as this, the time of miracles and testimonies!

If you believe that, declare it and shout an Amen!

There are certain principles that when applied, allow us to understand the heart of God.  Did you know that there are ways to move the heart of God? We need to pay attention to the details.

In order to move forward in your destiny, there’s something you must grasp. God is a God of position – He moves people from place to place for His divine purpose. You must first understand His positioning to understand where you are.  Seek and ask God to show you His ways, choose to be at His feet. “And the peace of God, which passeth all understanding, shall keep your hearts and minds through Christ Jesus”. [Philippians 4:7]

Like David, we are guided by our God Almighty to win all the time, challenging the secular world and using unconventional means to win the battles of life. Acknowledge the full weight of the Scripture which says: “Touch not my anointed and do my prophets no harm” [Psalm 105:15]

Guarding Your Heart from Fear

David’s victory over Goliath was considered to be an anomaly in the world.  The Bible tells us the story:

The Philistines, on their mountain, decided to challenge the Israelites that resided on another mountain. Right between those mountains, there was a valley with a brook (a small stream) called the valley of Elah. The Philistines decided to send their mightiest warrior, a champion called the Goliath, to settle the dispute one on one with another warrior from the Israelites camp, in the valley of Elah.  Fear came into the hearts of the Israelites. They fell backwards because of what they saw.

As Christians, when we allow fear to enter our hearts, we end up in the same scenario. If you’re going to live your Christian life by what you see, it’s only a matter of time before you fall backwards.

As a child of the Most High God you must live by faith! Believers in Christ have the confidence to look at the giants in their lives and say “So what? The Lord is our Shepherd!”

Finding the Key That Will Open the Heart of God

God honors everyone who is willing to take a stand for Him. David had a shepherd’s heart. He didn’t back out; instead, he went forward. He came to Goliath with a slingshot and a staff because those were the tools of his trade. “Then he took his staff in his hand and chose five smooth stones from the brook and put them in his shepherd’s pouch. His sling was in his hand, and he approached the Philistine.” [1 Samuel 17]

When you stand up for God, there’s a God that stands up for you [tweet this]

Many times we’re afraid to talk about being a Christian because we’re too embarrassed of what our colleagues may think. We’re too concerned with looking good to people around us when God is saying “If you don’t stand up for me, I can’t stand up for you.”

We mustn’t come to a place of compromise with the worldly views and values. Instead, let’s be a generation that won’t be ashamed of the Gospel. Don’t be ashamed of who you are in Christ – when He begins to manifest in you, you won’t have to say a single word because He will stand for you.

David – A Man after God’s Own Heart

To defeat the enemy during a combat, you need to go to a high altitude. Against all odds and common sense, David chose to fight the Giant in the valley, making himself vulnerable to the enemy. But David looked at the battle from God’s point of view. David knew the Lord’s Shepherd heart, and he knew that God would fight on his behalf even in the opposite of what was usually done.

Declare: I will bring the giants down, in the mighty name of Jesus!

Only in the valley of our lives can we can find the stream of Living Water – the Holy Spirit. Your success is not determined by what you’re made of; by how great your education is; by how nice your car is; by how much money you make… Success comes to those who fully submerge themselves in the waters of the Holy Spirit, who let go, who give up control, and who let God be the Lord of their lives. Only by staying in His stream will we start bearing fruits for the Kingdom of God.

Hear the desire of the Lord today to stay in the stream a little longer.

David knew that there was a stream of water in the valley. When he went down the mountain to that stream, he found pebbles that were smoothened  by the constant rush of the water itself. David picked up the stones and put them in a bag.

Understand this: God wants to pick you up and put you in the bag with others who have the same goals as you, and who want to bring the giants down in this generation.

God is looking for the most polished stone; the one that will fit perfectly in His hands. The stone in the stream is the same stone that is placed in the bag, then in the hand, and then in the wind. That stone will strike the head of Goliath.

If you stay in the stream long enough, the wind of the Holy Spirit will carry you into the destiny that God has purposed for you.

There is a River

The Lord shall lead you to still waters. Maybe you think that you have more than enough anointing – but take it easy and slow down. Don’t rush, stay in the stream.

Evaluate yourself today: How well do you fit into the palm of His hand?

Full Truth About the Second Coming of Jesus

← Prev: Before you give them a title... Next: 14 + 5 Claves para acelerar el flujo profético →
Blog home page