Hear the Sounds of the Season – By Peggy I. Kennedy 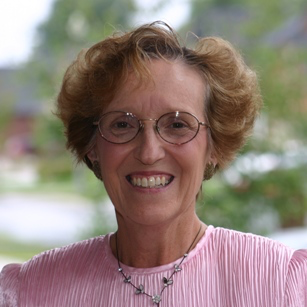 This is a guest post Rev.Peggy Kennedy. She is a conference speaker and author, and her husband Jack are two ” Silver trumpets” committed to hearing the “now” word of the Lord for His church. I first met her when she and her husband came to my conference in Toronto, she’s been a blessing ever since. Here is a inspirational post,“Hear the sounds of the Season” Have a blessed Christmas with Jesus. – Shyju
“Suddenly a great company of the heavenly host
appeared with the angel, praising God and saying,
“Glory to God in the highest…”    –        Luke 2:13-14

As angelic hosts filled the sky over the hillsides near Bethlehem their “sound” was very different than the sounds on the earth. In the natural realm there were sounds of social unrest, of government decrees imposing very inconvenient edicts among men, and of oppression and injustice. Even among those called into the Lord’s plan there were likely sounds of expectation nearly diluted with second-guessing: “Did God really say that?…to me?” “If it is such an amazing “day of the Lord” planned for us, why are things this contradictory?”

The ears tuned to the Spirit were hearing something very different. We’ve become accustomed to the mention of angels and glory appearing to some shepherds; it has become familiar and nearly sentimental. Actually, this is one of the few yet glorious “windows” into the sounds to be heard in the eternal realm of the Lord’s Presence. The prophet Isaiah heard the same sounds in his vision of the throne. John, the Revelator, heard them! From the realms of glory there is a sound of His triumph and supremacy. There is the sound of authority. There is the sound of His prevailing purposes and power. Choose to incline your ear to that realm. Go higher in your hearing to what He will say and reveal. Here is the military choir coming to escort the Commander in Chief to a manger enroute to a cross and ultimately returning to His throne! Triumph, authority, supremacy, divine activity, thrones and worship of the Enthroned One: all of these are available to us as the soundtrack of this season of God’s plans on the earth! And, gloriously we are part of that plan! Hear the sounds of the season!

Author’s website: www.TwoSilverTrumpets.ca Published with permisson from the author.

Please feel free to leave your response to this post below.

Break Up Breaking You?

Aspire To Be Shut in God | Power Nuggets

← Prev: The Spirit Man's Moonwalk - Learn How Not to Slip Back! Next: You Have the Key to the Nations! →
Blog home page