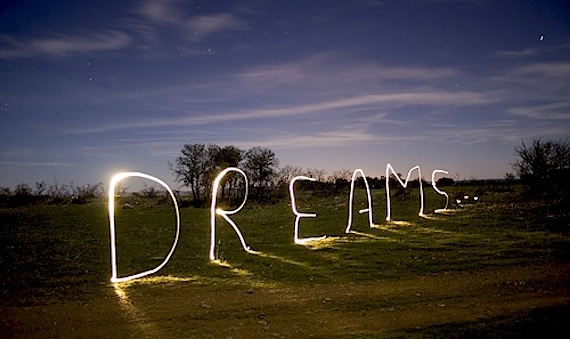 Dreams are basically a series of thoughts, images that occur in a person’s mind in his sleep.

Is there more to it than just haphazard thoughts and images?

If you study the Bible, it is hard to ignore that God has extensively used dreams to speak to men. You will especially see direct conversation between God and man through dreams in the New Testament. Though there are many scientific explanations given, here are three basic levels in which dreams can be spiritually understood.

1. Subconscious of an Individual

Majority of times, dreams are simply the desires, thoughts that creep in as you are asleep. This may continue to create further chains of stories along, but it often ends up as something to laugh about or ignored.

The devil being a spirit has more power over a human body than another human. He can easily influence your thoughts and control your mind too. (More info below)

Bible is full examples of how God speaks to humans through dreams. Of course, God is still alive and loves to speak to humans, His beloved creation and dreams can be a channel.

Further in this post, I’d like to deal with the negative dreams that seem to have more questions asked today.

Can demonic dreams have actual influence? Or is it just a nightmare you’ll forget? That’s an important question we must deal with.

I remember a little young boy who was one of the most well behaved kids I knew. He captured the heart of everyone he met and was the teachers’ favourite too. In one of the meetings, the Lord spoke to me about the boy being attacked through the dreams in the night. Sadly, the parents thought it was not important. After a month the boy’s mother came to me with tears asking us to pray for the boy as in a month’s time the boy had become very rebellious and had suddenly become violent with other kids.

It makes us realize that is the duty of the parents to teach the Word of God to their children so that they are fully dependent on Jesus from a small age.

I know of many children whom the enemy repeatedly tried to disturb in the sleep. One kid I know in Mumbai, would wake up in the night screaming pointing to the corner of the room, telling his mom about the black man standing there. Thankfully his parents were great prayer warriors who sought the Lord and bound all attacking evil spirits. And he was set free to be a wonderful god fearing kid.

As a child my mom tells me how I woke up repeatedly in the nights crying till one of the pastors came home and prayed for me.

Imp Note: Please know that because you are a child of God does not mean that you will not be attacked, in a fact you will be more attacked but thanks to God who always gives victory to those who trust Him.

Does it Affect a Believer?

Many a times, I have been asked the same question about witchcraft affecting a believer. The question is not if it affects a believer, it is if the believer is walking with God.

You must understand that the devil is alert like a roaring lion seeking whom to devour. (1Pet 5:8) So it is important that a child of Jesus keeps his guard all the time.

One reason the Lord may allow it to happen is so that we can know the plans of the enemy to attack us in advance and hence pray against it. Instead of praying that we don’t see such dreams, it is good we pray that the Lord will reveal what is coming against us so that we can pray and overcome them.

For a long time Tiny and I would see visions and dreams of serpent attacks and we would thank God for exposing the attacks of the enemy. And those months we spent a lot of time praying and fasting against it.

It does not matter what time of the night you see the dream, quickly wake up, take a minute to pray and bind any powers of darkness that may be coming against you.

If a certain person was involved in the dream, ask the Lord if the attack is against the same person as many a times the person and the place may differ. It could also be a similar scenario of another situation. Seek the Lord for further clarity. That may also mean that you see another connecting dream with further clarity.

And then there are some other dreams that are not to be shared. Maybe God is giving you a clue on what you should be careful of. It is important to always discern the dream before you share it with anyone else.

You may even have a wonderful dream, but be careful about sharing it with people who are really not for you. The best example is the life of Joseph.

Have you subscribed to this blog yet? If you have any questions please ask below. What has been your experience with dreams?

Overcoming the Spirit of Defeat

Are Signs and Wonders Following You?

How to Overcome Ugly Gossip