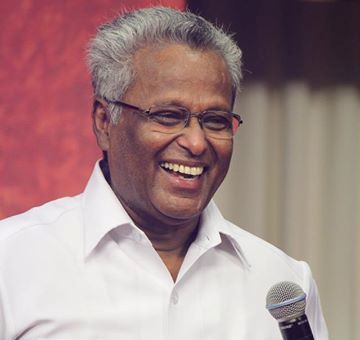 It’s been close to a year since I moved from Bangalore, India to Montreal, Canada. Among the many near and dear ones that I miss is Rev. Dr. M. A. Varughese, who I will always love and respect throughout my life. 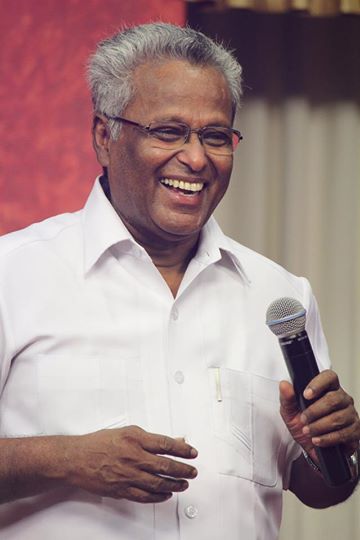 Pastor Varughese, whom I still consider as my pastor, is the senior pastor of Bethel AG Church in Bangalore, India since 1984. Among the pentecostal-Malayalam speaking community in India, he needs no introduction. I want to dedicate this post to introduce him to my dear partners and friends. At the age of twelve, he was kicked out of his house and school and mocked at by his family, teachers and friends for accepting Jesus. Ever since his walk with God has been fervent and now as he is in his sixties, his passion for God’s kingdom has never ever gone cold. My parents came to the Lord through his church 25years ago. Ever since as a boy I grew watching this man of God lead tens of thousands of souls to the Lord. His passionate ministry raised hundreds of leaders to prominence. God has used him to bring deeper spiritual knowledge and awareness of God among our people. Here are few lessons that we can learn together from his life and ministry.

1. Counted others more significant than himself

One of the most amazing things I’ve seen in Pastor. M. A. Varughese is the way he honors other servants of God, whether old or young. He has seen tens and thousands come to the Lord and pastors one of the largest churches in India (with an approximate attendance of 8000 people). Yet numerous times I’ve seen him humble himself before young people of God to hear what the Lord is saying through them.

On more than one occasion he asked me to pray for him when I was a little boy in my teenage years. Many a time we watched him patiently allow people who were not counted significant by others to share and preach. He was simply following Philipians 2:3 in humility, counting others more significant than himself. The fastest way to grow before God, is to humble yourself. Your humility before God is reflected through how you treat the ‘insignificant’ around you. [ClickToTweet]

Pastor Varughese has taught his church to always hear what the Lord wants to say before they take any step of action. I believe that God honors those who honor His Word. God has sent across his way many great prophets to advise, counsel and speak the Word of the Lord, simply because he honors the direction from God. Living in a time when google is the guide, it is important that we go to God for every single step we take. Every year his church members have been dedicating themselves to fast for 21days. Recently even 40days. And each year they have been moving to deeper things of God, irrespective of all the challenges they faced. Pastor Varughese reminds me: Seek the Light, and the Light will lead your path till the end of your days! [ClickToTweet]

This man, who has had phenomenal meetings backed with powerful miracles and salvations, does not find it unusual or odd to stand up at a Sunday church service before thousands of people and confess that a particular meeting didn’t go ‘well’ (or upto his expectation). I’ve heard him so many times clearly state on the mike that the person who he prayed for was partially healed and not completely. I admire the fact that he has never portrayed himself as perfect human being or some kind of superman. If I am to look up to somebody, I’d want that person to be someone I can be like.

To be able to know that a leader could overcome their weakness is hope to a worn out soul. [ClickToTweet] That kind of vulnerability and transparency is what our generation must learn.

He is strongly against the use of cheap humor on platforms while sharing the Word of God. Yet he loves a good laugh. I remember a particular time when I got to travel with him I was baffled by some of the really good real life jokes he shared. I was laughing watching him laugh as I was seeing another human side of an otherwise serious pastor. I believe that our ministry should not take away our human side of who we are. I learnt – be serious enough for people to take you seriously, and be human enough for people to connect with you.

5. Made way for next generation

I can boldly say, I am yet to see another Pastor who has promoted so many young leaders in the ministry. There was at least a dozen leaders that rose to international prominence through his ministries’ impact. Many of the leaders that he supported within the church also brought criticism against him for promoting them too much. Many warned him that these young leaders would turn against him someday but he kept at it, encouraging them selflessly. Even after many of those then young leaders moved on, till date, I am still surprised how he does not stop himself from encouraging newer young leaders to rise up. It is true they say there is no success without successors. [ClickToTweet] Respect and salute to all leaders that raise leaders! [ClickToTweet]

The level of Pastor Varughese’ accountability to his leadership is outstanding. For every decision he makes, he ensures that he holds himself fully accountable to his church committee, elders and the congregation. He likes to involve people in the church in different processes when someone else in his place wouldn’t have thought that they mattered much.

I have seen each time Pastor Varughese would travel outside India, the churches abroad would bless him with hundreds of thousands of dollars and he would faithfully bring it all back and give it to his local church. It took a lot of effort from the church board to stop him from driving his bike. They had to nearly force him to get a small car for himself! He believes in being a good steward of money. In fact, he is still not convinced to move into a house of his own till date.

It is not very difficult to fake humility. If you got the right tone, the right smile, the right posture, you can act humble. But when your life is before someone else’ eyes for a little longer time, the mask will soon wear out. Our church is blessed with a man who lives his life without an air of superiority. There was a time when he was invited to a convention in another part of India and he didn’t have a confirmed train ticket. Pastor Varughese didn’t find it uncomfortable travelling in the third class compartment of the train, the lowest class of service in Indian Railways, to make sure that he didn’t miss the meeting. Without complaining or grumbling he took out a piece of newspaper and laid it on the dirty floor of that compartment with trash and spit all around so that he could catch some sleep and be fresh for the next day meeting. Nothing could stop him from going where God had sent him! His humility has challenged thousands of other leaders.

9. Passionate about God and holiness

Some may feel that Pastor Varughese is a bit legalistic in his convictions. He desires the leaders go an extra mile to not only have holiness in the life, but to also show it through their lifestyle. He loves wearing simple and white clothes whenever possible, just as the bride of Christ is described in the book of Revelation. As much as I disagreed with his stand on his church leadership team not wearing jewellery, I respect the fact that when it came to me and my wife wearing, he still stood by his convictions. And I know that he would stand his ground even if it was his own son. 40 plus years in the ministry, Pastor Varughese has not compromised or watered down his passion, his sermons or his convictions. He believes that every time we compromise on something, we make a way for the next generation to deteriorate into something worse.

Pastor Varughese’s mornings begin much before 6am. Early morning he would ride his bike for miles to visit his church members who were in need. It’s not easy to do that in a church that has thousands of members. I still cannot fathom how he does it, but he seems to have been born for it and lives for it and will die for it – for Christ, and the Church the Body of Christ. The gates to the house are never locked, 24hours, 365days. He believes in keeping the phone switched on all the time for people to reach him whenever it is required no matter what time of the day it is. He believes in giving it all for God.

Now this post is not to praise a man, but to serve as an encouragement that no matter how many imperfections we have, we can still serve God to our full capacity just like my Pastor who leads by example. Some may still disagree in how his church works and their style of reaching out to people, however I hope you find the heart of the matter within the post – selfless, full of love for people and fire for the kingdom of God. We hear too many stories of leaders that fail. But let’s take time to celebrate the ones that stand. I hope you will pray more for your leader from today, that they may be able to stand and bring glory to the name of Jesus.

Discuss: What point inspired you the most? Tell me your story! Take a minute to celebrate your pastor here. What is one of the biggest lessons you’ve learnt from your pastor? Discuss here.

The Circle in the Sand Has Your Name on it!

Hold On, This Too Will Pass – May FB Cover Image 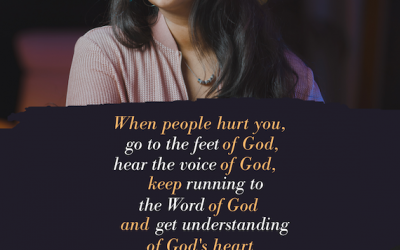 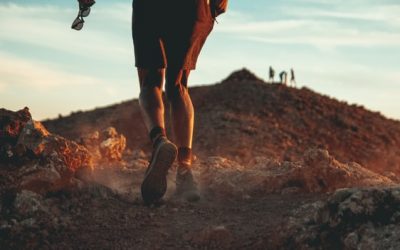