10 Lessons from the Garden of Eden 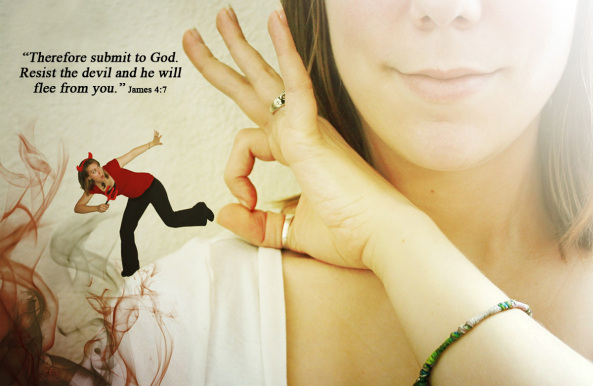 Hope you’re excited to hear a fresh word from the Lord. If you read with expectation that Jesus will speak a word into your life you won’t be disappointed. The enemy is afraid what this teaching will do for you. It will open your eyes to understand how the enemy works. I pray that The Lord will give you grace to take it all in.

As harsh as it may sound, the fact is that we all have issues. The Bible says “Beloved, do not be surprised at the fiery trial when it comes upon you to test you…” [1 Peter 4:12]. Pay close attention to the words, it doesn’t say if trials come, rather, it says when trials come. For example, Joseph, faced many tests and trials before he could be promoted as prime minister. God had to train Joseph in smaller levels because He knew that in the palace the temptations would be greatest.

The rest of the verse says “But rejoice insofar as you share Christ’s sufferings, that you may also rejoice and be glad when his glory is revealed.” [1 Peter 2:13]. Don’t grow weary. Remember that greater promotion means greater attacks now.

Is Jesus the most important person in your life? We can’t fight this battle all alone – we need Jesus. God is looking for a generation that actively pursues Him.

If we don’t know how the enemy operates we won’t know how to overcome temptations when they come our way. In order to understand sin and temptations we must go back and study from the Bible’s book of all beginnings: Genesis.  Turn with me to [Genesis 3:1-7].

Sin entered the first time through Adam and Eve. Satan is very clever, deceptive and cunning. He deceived Eve with, “HATH GOD SAID?” Then Satan told her that God did not mean what He said. You shall not surely die.

Before sin, there’s always a lie from the enemy. If you find yourself in the place where you think you’ll never fall into sin be careful, because that very thought may be an indication that you’re about to fall. There are no sins that will not overcome you if not for the grace of God.

The enemy may be digging a pit ahead of you, but there’s somebody ahead of all – His name is Jesus.

When it comes to dealing with sin when you begin to contemplate how far you can go before breaking the law, my friend, you’re already in the wrong lane.  You must understand that it’s an old trick of the enemy. Turn back today.

Sin starts always with subtle suggestions. Sin won’t come billboard size. We must be conscious of the tricks Satan brings to take you away from your relationship with God.

If you find yourself debating with the enemy tell yourself these things:

Don’t try to reason with the enemy, you won’t win. You are called to be the light of God in this generation and light doesn’t mix with darkness.

The enemy started the conversation with Eve by talking about the tree. You see, he will come through multiple ways. God said don’t touch the tree. If you touch sin, it’s only a matter of time you will take a bite out of it. Remember, to eat it you must first touch it.

The serpent told Eve that her eyes would be open and that she would be more like God if she took a bite out of the apple. We all want our eyes to be opened. But remember, the enemy manipulates the truth and justifies a lie to get your attention. Every sin finds a lie to justify itself.

The story tells us that Eve saw that the tree was good for food. The enemy always tries to trick us by confusing our senses. We must not live by our sight or feelings, we’re called to walk by faith. Let’s find out identity in Christ, in the fact that we are loved by Jesus.

Spirituality is a journey – not fast food.

Don’t give sin time. The longer you engage with sin the greater your chances are of falling into it. Get away from it before you start watering it.

Associate yourself with people that are on fire for the Lord and you’ll see that the fire will spread on you too.

As soon as Adam and Eve sinned they were ashamed. That’s the usual process of sin.
Many times when we sin, the first thing we want to do is shy away from church.

Remember that church isn’t for saints, it’s for people that long for the grace, mercy and the favor of the Lord.

People of God, I pray that you will show no mercy to sin in Jesus’ name.
You won’t engage with the enemy. Whatever he’s doing to get your attention let it be broken today by the blood of Jesus. I pray that He will wake us up and grant us multiplied grace to sow our time in the things of God. Amen.

My Greatest Testimony Ever!

Lessons on Anointing from the Life of Elijah

Nothing Else Matters But JESUS – November FB Cover Image