Why the church is not as effective – Pst. Lolo Holonou 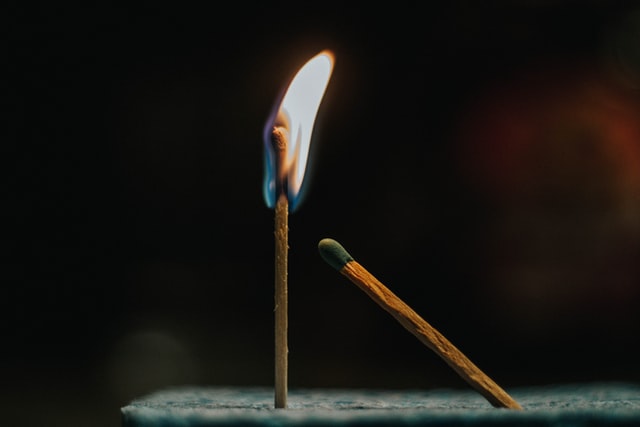 [Dear believer, today’s post from our dear Pastor Lolo Holonou. We’ll be discussing the dynamics of true discipleship and how to disciple the nations in the ways of Christ.]


As I take a look at the Church of Jesus, specifically in the western culture, I’m puzzled by how unappealing our Gospel message seems to be today. We are called to gather the masses under the sound of the Gospel, but there seems to be such a repugnance towards our message, so much so, that one would wonder how territory could ever be gained for the Lord in this part of the world.

At the same time, it’s sad to say that our society is rapidly drifting away from the core biblical values that helped forge the pillars of the western civilization.

The stability and greatness that the western culture once experienced was deeply rooted in Judeo-Christian foundations. Those foundations however are being tossed to the ground before our eyes. Even more troubling is the lack of awareness and silence of the Church in the midst of a satanic hidden agenda, shrewdly being implemented while the Church is dramatically losing relevance.

The Word of God says, “If the foundations be broken, what can the righteous do?”

There is only one way to arise from this decline and turn the tide:

The Great Commission: make disciples of all nations

The Church of today has missed the magnitude of Jesus’ last commandment before His ascension to the right hand of Majesty.

“And Jesus came and spoke to them, saying, “All authority has been given to Me in heaven and on earth. Go therefore and make disciples of all the nations, baptizing them in the name of the Father and of the Son and of the Holy Spirit, teaching them to observe all things that I have commanded you; and lo, I am with you always, even to the end of the age.” Amen.” Matthew 28:18-20

The command is to disciple the nations in the ways of Christ! [tweet this]

Far too long we have been wrongly satisfied with people coming through the doors of our churches; instead, we should have been making sure that the people became part of the army God, as true disciples. Meanwhile, Satan managed to disciple western nations by shaping cultures in the wrong way. The result is a weak and struggling church in the midst of a deteriorating society.

Only genuine disciples can produce other disciples.

Firstly, Jesus gave this command to His disciples, and not to His followers. The Church has many followers today, but not many disciples. In Luke 14:25-27, great multitudes were following Jesus when He suddenly turned and made this shocking statement:

Until we are prepared to give up everything to follow Jesus, we cannot be His disciples   [tweet this]

Secondly, the ability to change cultures through the Gospel lies in Church’ success in producing genuine disciples of Jesus Christ.

Within the same context, He went on to say “Salt is good; but if the salt lost its flavor, how shall it be seasoned? It is neither fit for the land nor for the dunghill, but men throw it out. He who has ears to hear, let him hear!”

This verse best describes the current state of the Church in the west. In failing to make disciples who exemplify the Kingdom of God on earth, the Church has lost its flavor and because of this, people have begun to disregard the message of the Cross.

The flavor of the Gospel is in its compelling power.

In Luke 14:23 the master said to the servant: “Go out into the highways and hedges, and compel them to come in, that my house may be filled”. True disciples of Jesus have been delegated this compelling power. To compel means to necessitate or constrain. In other words, we are to give the world irresistible reasons to believe our message.

Now-a-days, many of those who reject our Gospel message are doing so because there is no compelling evidence to certify its authenticity.

In the days of Jesus and the early church, those who rejected the Truth did so out of deliberate unbelief. They were given clear and compelling proof that the message of the Gospel is authentic and trustworthy. And alhough some hearts were hardened, many could not escape the grip of the Gospel.

When Peter preached his first sermon on the day of Pentecost, it is recorded that the people were ‘cut to the heart’. You see, “the word of God is sharper than any double-edged sword,” (Hebrews 4:12). That word cut through the barriers of sin and pierced the souls of his audience with the light of Truth. Peter gave no altar call, but the people came forward and asked: “Men and brethren, what shall we do?” This is Compelling Power.

When Paul and Silas worshipped in the inner room of a jail, the glory of God shook its foundations, broke the chains of all the prisoners, and knocked all prison doors open. The jailer came to Paul, fell on his knees and said, “What shall I do to be saved?” Again, this is Compelling Power.

When Paul made his defense before King Agrippa while the Jews sought to destroy him, the King exclaimed, “You almost persuaded me to become a Christian”. This again is compelling power.

The Bible tells us about Paul’s ministry in Ephesus where the business of a goddess by the name of Diana was destroyed because a man, full of God, was in town. When he said, “the Kingdom of God is not a matter of words but of power” he was talking about ‘Compelling Power’, the ability to capture mentalities and cultures and subject theses to the knowledge of Christ.

2 Corinthians 10:4-6 says “For the weapons of our warfare are not carnal but mighty in God for pulling down strongholds, casting down arguments and every high thing that exalts itself against the knowledge of God, bringing every thought into captivity to the obedience of Christ”

The glory of the Gospel will be restored to Church when the mark of the cross is seen again on our shoulders. [tweet this]

If we are to take the nations for Christ, we are to first count the cost of true discipleship. As Jesus says in Luke 14:28, if it cost God the Father everything to give us His son, it will certainly cost us everything to truly follow Him.

We need to examine our lives to see whether we’re living as true disciples of the Lord Jesus. Are there areas of your life that you are not prepared to surrender completely?

We need to examine our ministries to see whether we are making true disciples or entertaining happy followers. [tweet this]

Are we preaching the whole truth of the Gospel, or are we doing so in part?

Our God allows us the freedom to choose in all matters.  Let’s say Yes to God’s call to become true disciples of Jesus. Let’s bear our cross every day and follow Him. Let’s live in total obedience and surrender our will completely to His word.

3 ‘Lacks’ That Can Hold You Back Spiritually

You Can Have Perfect Peace

Oh No, Not Again!

Overcoming the Daily Challenge of Renewing Your Mind

← Prev: How to Use Words Before God in Prayer Next: Seeing the Book of Acts Repeat →
Blog home page