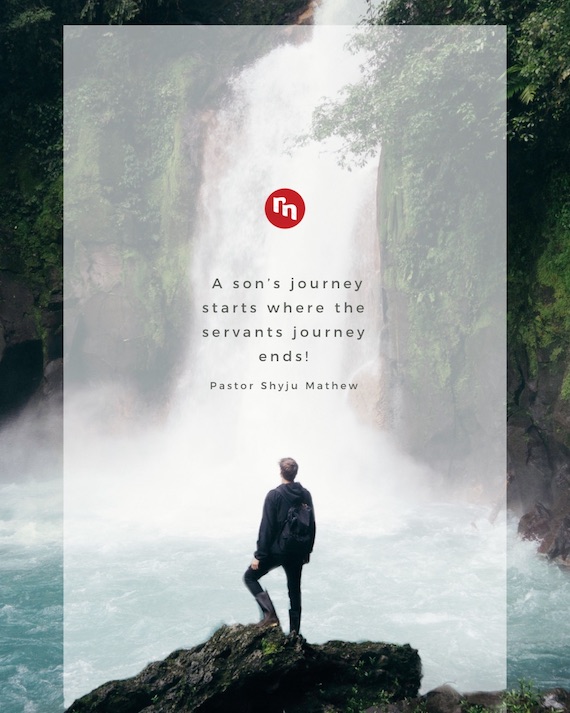 Readers, enjoy Breakthrough for Every Believer, a critical 4 part series, as we develop key tools to unleash the power of God in year of 2020. Here is Part One.

In this time of Life Disrupted, as COVID19 dominates every headline across the globe, let’s look at a man whose whole life was divinely interrupted, a son of an idol maker in Haran, who was suddenly called by God.

How many of you know that God does not have a problem with making your name great?

God tells Abraham, “I will bless you, but you will have to come out of your family. You have to leave everything and follow me.” (see Genesis 12).

Abraham clearly obeyed. He packed up his family, wife, nephew, goods and servants, and followed the Voice to Canaan.

At some point, long after the barren years, Hagar and Ismael, the visitation, and the child of promise, Isaac, born to Abraham, then already a century old, God wanted to test the heart of Abraham. Thus God said to the man, “Give me your only son.” (see Genesis 22: 9-18).

The next day, Abraham woke up early in the morning, assembled a few servants, and informed his wife: “I am just going to worship the Lord and come back.”

The man wasn’t lying. Perhaps he wasn’t eager to say, “God asked me give our only son that you’ve waited for so long, waited over 90 years to get, as a sacrifice.” This aged man was reluctant to share, “I am hearing a Voice saying, “Give up our son”. That disclosure would have created a huge problem for Abraham. Instead he kept quiet and made prompt plans to worship the Lord, then explain everything upon his return.

Sometimes, friend, you can speak words which cancel the blessing that is supposed to come. To avoid certain words, pursue peace. Discretion is wisdom in most cases.

Abraham took his servants and journeyed towards the mountain, with his son and servants, choosing to obey God’s voice.

Half-way through, the patriarch stopped and told his servants, ‘Stay here.”
Abraham prophesied, “Stay here, for I and my son, we are going to worship the Lord and come back.”

A servant may be motivated by wages and benefits. A son is always looking at how he can honour his father.

Abraham could see his servants could not journey up the mountain for this sacred act.

Abraham kept moving forward together and the father and son began to have a conversation. Isaac inquired, “Father, you said we would sacrifice, but I do not see a sheep or a goat.” Abraham responded, “My son, the Lord Shall Provide”.

Now Abraham couldn’t see an animal anywhere on the landscape. Instead, he declared and worshipped God from his substance, in faith in Almighty God.

In this season, beloved, like Abraham, regardless of what you see or don’t see, declare your confidence in the Lord.

There will be certain things that will look impossible to you, but you are about to see your mountain melt and become wax. Look at your impossible mountain and declare the Word of the Lord. The mountain may not respect you, but the mountain will respect the Word of God that you carry!

Now, have you ever seen this bible story of Abraham and Isaac? Most scenes picture Isaac as a young boy, a teen being strung up tight on the altar. Yet, Isaac was in his thirties! Isaac surrendered his strength to his father as he lay in faith upon the altar.

Can you imagine the conversation at the top of the mountain, as Abraham takes Isaac and begins to say: “Son, the Lord shall provide.”

You know the rest of the story. As Abraham raised his knife to sacrifice his son, Heaven spoke and provided a ram in a thicket. God then blessed Abraham for all generations; those blessings started with Isaac, the son who surrendered on the altar before his father.

Jesus fulfilled this scene even further, as he obeyed his father, even unto death, death on the cross, for the joy set before him, which is you and I and every believer who calls on the Name of the Lord. (Hebrew 12: 2)

If you study how the blessings came from Isaac to Jacob, you’ll see the clear pattern of sacrifice, from generation to generation. Isaac told Esau, “I want to bless you, but in order for me to bless you, you need to do something. You need to hunt a game for me. Then prepare a tasty meal. It can’t just be from our field. You have to hunt it down and bring it to me.” (see Genesis 27).

For each blessing, a sacrifice was required.

When Isaac was offered as a sacrifice, Isaac submitted to his father and surrendered to God. That moment of faith and surrender became his qualification to receive every blessing that was of his father.

When Isaac called Esau, he said, “Son, look, I am old. ” Issac was carrying a blessing that he needed to pass on, so he created a scenario for his heir to receive this blessing.

How many times have there been people who died without being able to pass on their blessing, since no one would qualify to receive it?

With Isaac, it was a different story. Isaac died to himself on that altar that day. As he obeyed God, there was no wrestling match. The 30-year-old young man laid himself down, as if to testify, “Papa, if this is required by the Lord from you, here I am!” In that choice, whatever blessing was Abraham’s, became Isaac’s.

Beloved, if we can go through this season with faithfulness, with honour, being accountable to the Lord, faithful in our brokenness, faithful in the valleys, we will qualify for a greater blessing.

If you would like to encounter the power of God, head to this video, where Pastor Shyju shares this story of Abraham and challenges believers to access the power of sacrifice for exceptional blessings!

Dear Saints, 2020 is a special year for those who pay attention to the Lord’s Voice.
Sacrificial obedience makes the Voice of God loud and clear! As we respond to His Voice, may breakthrough be our constant testimony! Surrender and believe in His Goodness and watch Heaven’s blessings pour out on your and your household this year!

You’re Still The One I Run To!

Best Bible App Ever for iPhone, iPad and Android

Who Does Not Like Free? Revival Series PDF Giveaway