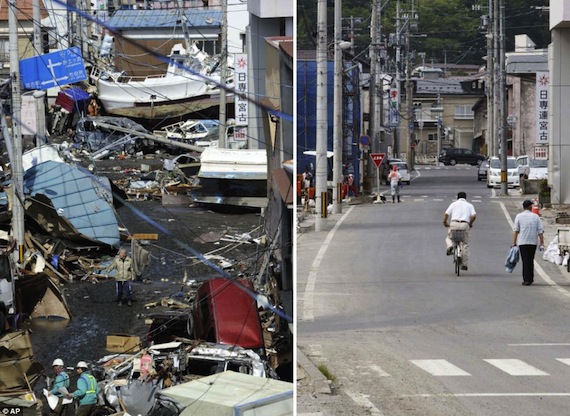 Japan is not new to disasters. Some months ago, its residents’ lives were tested again when an earthquake sent mighty waves crashing into their cities and hearts. It seemed like an irreversible disaster that took thousands of lives and destroyed everything that was in its way.

Now three months later, here are a few before and after pictures in circulation that speak loudly of their determination and recovery. 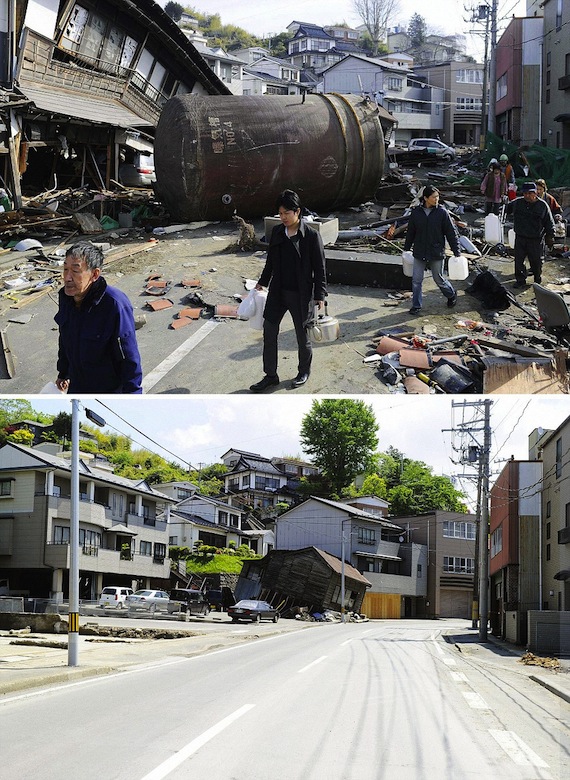 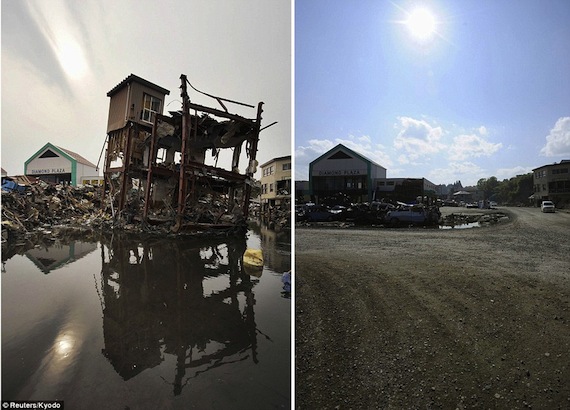 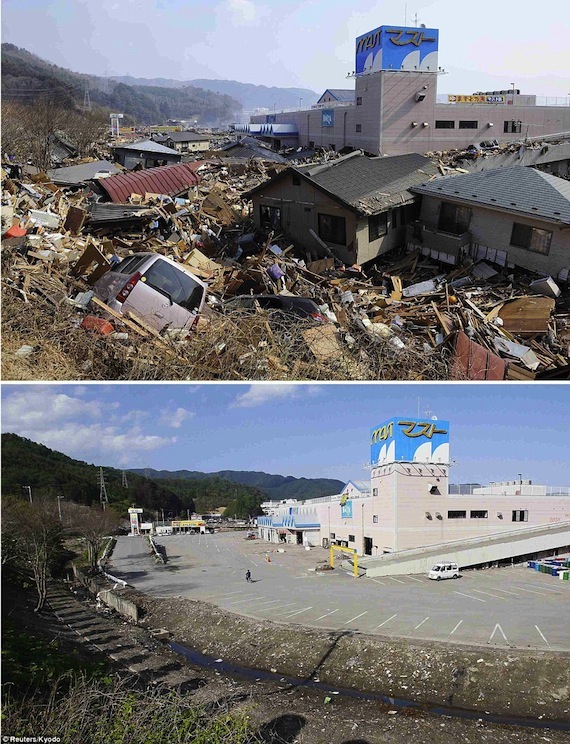 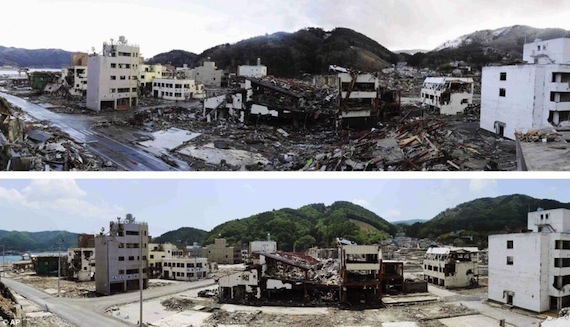 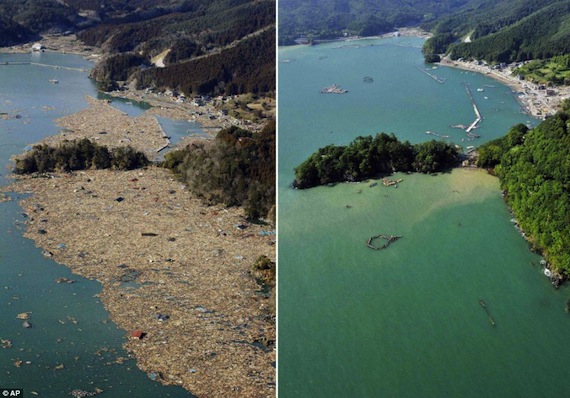 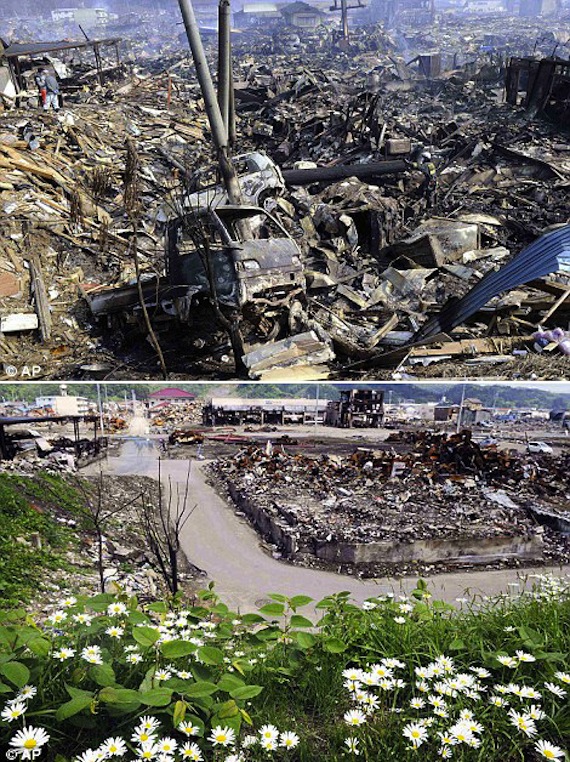 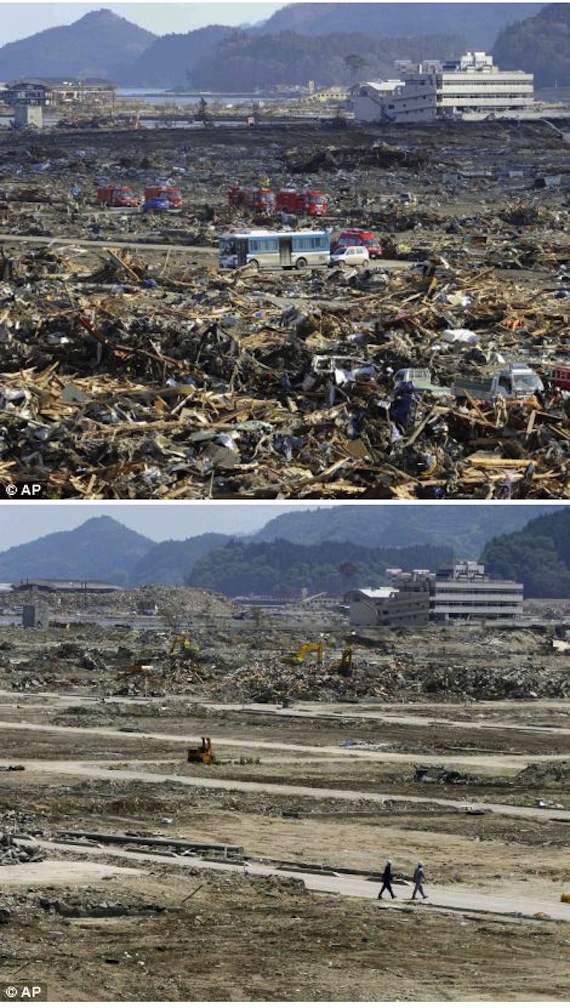 What did you learn from this?

I like the look on the elderly gentleman’s face in the first picture. He seems so determined in his refusal to allow anything to break him.

Have we had times where the Tsunami of life in the form of tests and trials swept away all our hard work and dreams? Here is an awesome lesson to learn from the people of Japan.

Notice what unity in a community can bring about. Obviously, this is not the work of one person alone.

Beyond this, these images are an important reminder that we need to stop living in the past – whether it is our success or failure – and move on to work for what God has in store for our future.

“Brothers, I do not consider that I have made it my own. But one thing I do: forgetting what lies behind and straining forward to what lies ahead,” Phil 3:13.

Share: During the low points of your life, what has been your motivation to rise again? How have you got back on your feet?

Don’t miss the previous post, How to become a Great Woman. Have an encouraging idea, video or images for the Simple Sunday posts? Email it to mail[at]shyjumathew[dot]com
Update: A 7.1-magnitude earthquake struck off eastern Japan, triggering a tsunami warning that was lifted within two hours. [9th July 2011] Please keep Japan in your prayers.

Practical Steps to Prayer and Ministry

My Greatest Testimony Ever!

14 + 5 Keys that Accelerate the Prophetic Flow

← Prev: How to be a Great Woman Next: Becoming the Ember in the Hands of God →
Blog home page