The Simplicity of Love 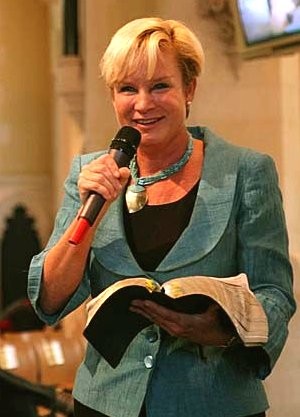 How does love respond when God asks you to leave everything you own and go live amongst the poor?

How does love respond when you open up your home to directionless strangers to provide them with an opportunity to find themselves again?

How does love respond when your own is put in harm’s way and God asks for the impossible out of you?

This is a true incident that happened to someone that most of us know and have heard of. She lives her life today serving God and His people even more fervently than when she first began in one of the most challenging environments in the continent of Africa. The ministry that God has blessed her with has changed the lives of thousands of people, worldwide.

But there were times when things were not as perfect as she would have wanted it to be. She learned many a lesson from various circumstances, but this revelation of love was one that did hurt a lot more than others.

When she was in her 20s and was preaching to thousands and thousands all over Canada and the United States, the Lord told her to stop.  Her instant reaction to that was to rebuke that voice thinking it was satan who was trying to get her to quit. But the voice came again, and once again, she rebuked it.

But the third time, she knew that it was God speaking to her, and He told her to stop and sit with the poor. The Lord revealed to her that she had to go and live with the poor.

She called her husband, who was in China at that time, and told him what God has spoken to her. They willingly obeyed and went to live in the worst slums in Hong Kong.

During that time, they were learning about the Kingdom of God breaking forth amongst the poor. She cancelled all her meetings for 6 months and just kept learning about God from among these people. Their desperation and lack of a backup plan made them so dependent on God. She saw that there was much to learn; much that she had never heard before.

God was using her life to reach out to people who were trapped in bondage and various addictions. She had opened up her home to them who were still struggling to come out of this slavery to substance abuse.

Among these people was a certain drug addict who had found refuge in her home.

Then, one day, the unthinkable happened. He raped this woman’s 4-year-old daughter at knife-point. And she found herself at a junction where she had to make a decision that day. Unable to bear the hurt of what her little baby had been through, she knelt there before God and then threw herself prostrate in front of Him; crying tears riddled with pain and anguish. And there was one thing that God asked her: “Will you STILL love the poor?”

And she found herself saying, “Yes, Lord. Even though I don’t understand, I will still love them.”

Shortly after that, she and her family went to the U.K. for further studies. While she was still in the U.K., she was given an invitation to come and preach in Hong Kong.

She spoke to God and said, “I have forgiven this man who raped my daughter, but I don’t want to meet him.” (After the unfortunate incident, her daughter would wake up every night, screaming, and had to be soothed back to sleep.)

And the Lord said to her, “If you love and have truly forgiven this man, you will see him. And when you see him, you will ask him to pray for you because he has asked Me for forgiveness and I have forgiven him.”

Horrified at the thought, she replied, “Surely You wouldn’t ask me to do that.”

“Surely, I would,” replied the Lord.

In obedience, she went to Hong Kong, and the very first person she ran into was, of course, the man whom she did not want to meet. Yet, she looked at him and told him, “I need more love. I need more love. I know you have asked Jesus to forgive you and I need you to pray for me.”

The street where she met him was strewn with needles, and there was urine here and there, but she dropped down to her knees and asked him to pray for her. And he laid his hand on her head and prayed for her that God would give her more love.

And that night, for the first time since the incident, her daughter (who was in the U.K.) slept all through the night. She did not wake up screaming.

This is a true story in the life of Heidi Baker whose daughter today is a powerful preacher. This experience, however tragic it was, could not stop the plan of God for her life. She is victorious in Christ!

10If you extend your soul to the hungry,
And satisfy the afflicted soul,
Then your light shall dawn in the darkness,
And your darkness shall be as the noonday.
11 The Lord will guide you continually,
And satisfy your soul in drought,
And strengthen your bones;
You shall be like a watered garden,
And like a spring of water, whose waters do not fail.

We can be deeply moved by Heidi’s fierceness in loving people, but just being moved is not enough. We should find ourselves on our knees before God, asking Him to fill us with this extravagant kind of love.

And then, we should bring ourselves to pour out this love on people all around us; whether they deserve it or not.

I pray that Father God would change our perception of love. Let us look to the cross and see selfless love and emulate that in our daily lives.

What have you learned from this post? Have you experienced this kind of pain in any form? How did you overcome?

Spiritual Warfare – Weapons of a Believer

How a Lady Chased an Armed Robber

3 Keys to Live the Daily