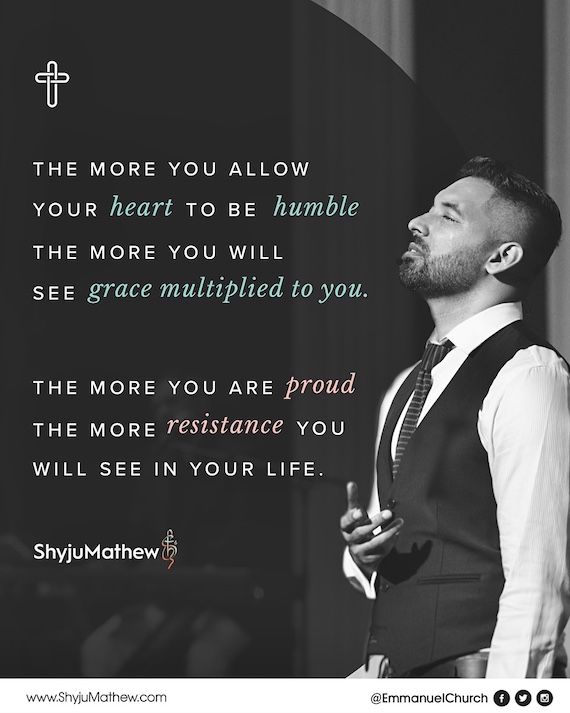 We hope you are enjoying this special series on the life of Joseph, officially launched on Revive Nation TV with Prophets Shyju & Tiny Mathew. We warmly invite you to participate live in our Sunday or Wednesday services by heading to www.revivenations.tv to register.

In Part 5 of the Life of Joseph, Prophet Shyju shares a revelatory Word on the Elder Brother Syndrome in the Body of Christ. We invite you to lean in close for a Word that will change your life!

In Genesis 37:2, Joseph a young man of seventeen, was tending the flocks with his brothers, the sons of Bilhah and the sons of Zilpah, his father’s wives, and he brought their father a bad report about them.

Brother and Sister in Christ, how do you and your family get along? How goes it, with your Christian brothers and sisters? Do you enjoy each other or might you, like many, fall into the trap of the Elder Brother?

The Elder Brother Syndrome is as old as Genesis.

This Syndrome started way back in The Garden times with Cain and Abel. Able gave an acceptable offering to God and Cain, who knew what to do, chose to do otherwise. When God accepted Abel’s offering, but not Cain’s, Cain was so jealous, he killed his brother, murdered the destiny of the brother who was accepted by the Father!

Friend, if you want to be a rooted Christian, how you love your brothers, how you submit and honour the brothers and sisters in your midst is a true test of your maturity in Christ. This test of humility is one test where many believers fall away, leaving the Church weak and divided, instead of a being a united Army who rises up for our King.

The Elder Brother Syndrome is a spirit of competition.

This is a jealous spirit of comparison, a proud mindset which brings division, pain and death, when people look to see what others have, or who they are with, or the opportunities they are given, and then hate the person for what is perceived as unfair advantage or favour by the Father.

With Joseph, Jacob’s sons could not see the value of their little brother. They could only compare themselves with the one robed in splendid colours and despise him for it. These 10 Elder Brothers so envied Joseph’s relationship with their father, that consumed by comparison, they rose up as a mob, and in fury, threw their anointed teenage brother, ordained by heaven, into a pit, and left him to die, hoping for nothing less.

Be on your guard against this jealous spirit of competition in the Body of Christ!

Shore up your identity as a Beloved of the Lord!

If only the brothers had valued their position as beloved sons of Jacob, instead of feeding on bitter fumes of comparison and envy and jealousy! If only they could have valued their little brother as family, instead of plotting his murder.

These days, as the enemy fights the Body of Christ with fury, we must remain strong in our identity as a Beloved of the Lord. We must refuse the Elder Brother Syndrome to paralyze our destiny and destroy our brothers and sisters in the Lord!

The enemy will constantly look for ways to pull us into pride because he knows that “the Lord opposes the proud and gives grace to the humble!” (James 4:6). We cannot allow the enemy to sway us from our confidence in Christ! We must believe in our identity as beloved children of God.

What might have happened if secure in their father’s love, the sons of Jacob had accepted correction and grew strong as a united family?

Could Joseph have been intended as the Deliverer of Israel, not Egypt?

Could the wealth of the nations in this time of famine have been ordained for Jacob, except the sons acted otherwise? While we will never know the full impact of the Elder Brother Syndrome on Joseph’s life, may the truth of this foul syndrome change our response to the anointed brothers and sisters in our life! May we each stop comparing and live only grateful that our Heavenly Father’s love is our truth!

May the Lord mercifully show us every area of insecurity in our lives, that we will not be jealous of the anointed brothers and sisters in our midst, but instead, protect, enjoy and encourage our brothers and sisters in Christ. Together, may we arise as a secure family of God, that storms of comparison and jealousy will never pull us into a destiny-ending trajectory!

We are ordained by Heaven to rule and reign as His Beloved Bride!

May the Church arise adorned and adored, for surely, the Lord is coming soon!

To hear this powerful sermon by Prophet Shyju, head here to Revive Nations TV and may this Word change your life today! May you be blessed even more, as you share this powerful Word with those in need!

← Prev: Lavi Jozèf (Pati 5): SENDWÒM MAK FABRIK GRANFRÈ PI AJE YO NAN KÒ KRIS LA Next: What to do when 'Wonders' break out in your Church →
Blog home page