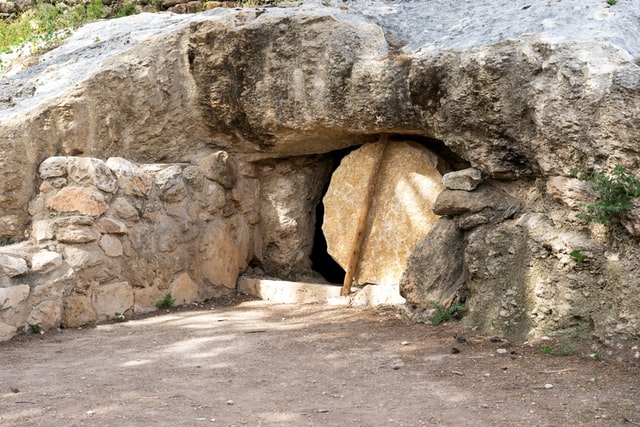 This post is a part of the “Featured Bible Study: 30 Christian Basics” series and hence has been reposted from Feb 23, 2011. To see all the authors and titles in the series, and to suggest a topic, please go here. Subscribe today to receive the ebook on this series.

We live in a world that is leaning more and more towards transparency; a world in seek of valid reasoning to believe in something or someone. And certainly whether the Bible is true has been a long-debated, time-tested and proved question. But what pushes me to throw some light on this topic is that our generation is still asking this question.

Is the Bible just another book? Why does the Bible stand out compared to many other writings that have entered this world? More than the power and life that is in the words of the Bible, there are actual facts that go alongside the truth of the infallible Word of God.

Here is a study put together. (Thanks to the RN editorial team for their inputs)

The Bible is a collection of 66 books, written by over 40 different men (from common people to kings), over a period of 2,000 years, woven throughout with striking unity, clarity and continuity. Four hundred years separate the 39 books of the Old Testament from the 27 of the New Testament. Yet, from Genesis to Revelation, they unfold the common theme of man’s redemption through God’s only son, Jesus Christ.

The Bible has over 24,000 ancient handwritten manuscripts discovered so far. Also the discovery of the famous Dead Sea Scrolls is a solid evidence of the Old Testament. These documents came from the “library” of a settlement founded at Qumran before 150 B.C. and abandoned about 68 A.D. The earliest New Testament manuscripts date from the second century (100-199) AD. These discredit the claims of those who believed that the original Bible had been lost to time, and tampering.

We live in a world where everything seems to revolve around science. Interestingly, the Bible confirms many facts way long before scientists confirmed them experimentally. Of course, the terms used were not scientific jargon but in terms which a common man could understand.

For instance: the roundness of the earth was mentioned in Isaiah 40:22; the importance of blood and life in blood in Leviticus 17:11; the vast number of stars in Jeremiah 33:22;  hydrologic cycle in Ecclesiastes 1:7; atmospheric circulation in Ecclesiastes 1:6; Earth’s gravitational field in Job 26:7 and many others.

Right through the ages, many have doubted the historical and geographical accuracy of the Bible. Yet modern archaeologists have repeatedly unearthed evidence of people, places, and cultures described in the Scriptures.

Time after time, the descriptions in the biblical record have been shown to be more reliable than the speculations of scholars. The modern visitor to the museums and lands of the Bible cannot help but come away impressed with the real geographical and historical backdrop of the biblical text.

Written centuries ago, the Bible remains the most up-to-date book available today. Books on every subject have had to be replaced because they render themselves obsolete so quickly. But the Bible has NEVER had to be revised. Only translations of the Bible from the original languages have been revised to reflect current language usage.

The Bible has been the best-selling book because it universally speaks to the heart of people, and gives them the message of God. No other book has been so consistently bought, studied, and quoted as this book. While millions of other titles come and go, the Bible is still the book by which all other books are measured.

Fulfilled prophecy is proof of the Bible’s divine inspiration. Events spoken of in the Bible have come to pass, in the present day. From the days of Moses, the Bible predicted events no-one wanted to believe.

Before Israel went into the Promised Land, Moses predicted that Israel would be unfaithful, that she would lose the land God was giving her, and that she would be dispersed throughout the world, re-gathered, and then re-established.

Central to Old Testament prophecy was the promise of a Messiah who would save God’s people from their sins and eventually bring judgment and peace to the whole world. No other ancient sacred book even dares to deal with predictive prophecy – making the Bible unique.

The Bible, as the word of God, has the power to transform and revive lives. History is marked by those who have been transformed by this living book. The Ten Commandments have been a source of moral direction to countless numbers of people. The Psalms of David have offered comfort in times of trouble and loss. Jesus’ Sermon on the Mount has given millions an antidote for stubborn pride and proud legalism.

The changed lives of people like the apostle Paul, Augustine, Martin Luther, John Newton, Leo Tolstoy, and C. S. Lewis illustrate the difference the Bible can make. Even entire nations or tribes, like the Celts of Ireland, the wild Vikings of Norway, or the Auca Indians of Ecuador have been transformed by the Word of God and the unprecedented life and significance of Jesus Christ.

Romans 1:16 says, 16 For I am not ashamed of the gospel, because it is the power of God that brings salvation to everyone who believes: first to the Jew, then to the Gentile. If you want to know more about the Bible and Jesus and what He has done for you, email us at [email protected]

Update: Here’s a very interesting video. A young man asks the question, “Why should someone believe the Bible as the Word of God and why must someone believe every word it says, as opposed to any other holy book?”

What strengthens your belief in the Bible as the word of God? Do you know of any other points, you could add here?

What Ambassadors of Christ Can Learn From This U.S Ambassador