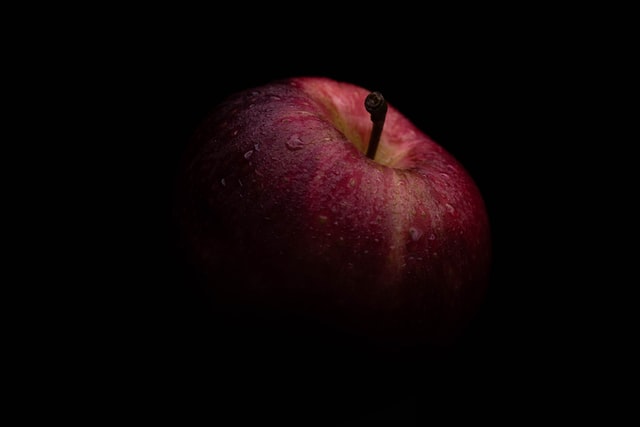 The good news is that, “No temptation has overtaken you that is not common to man. God is faithful, and he will not let you be tempted beyond your ability, but with the temptation he will also provide the way of escape, that you may be able to endure it.” 1 Corinthians 10:13

James 1:12 says that, “Blessed is the man that endures temptation: for when he is tried, he shall receive the crown of life, which the Lord hath promised to them that love him.

13Let no man say when he is tempted, I am tempted of God: for God cannot be tempted with evil, neither tempts he any man 14But every man is tempted, when he is drawn away of his own lust, and enticed. 15Then when lust hath conceived, it brings forth sin: and sin, when it is finished, brings forth death. 16Do not err, my beloved brethren.

Verse 13 tells us that, “God does not tempt anyone! But each one is tempted when, by his own evil desire, he is dragged away and enticed.” In other words, don’t be a Christian who, whenever he encounters a bad situation will either blame it on God or the devil. James is trying to convey to us that there is some evil in us that manifests from our fleshly nature. That is the reason why you never have to teach children to lie or steal. It’s already in them. According to the book of James, the source or the genesis of temptation is evil desire! If we can tackle the root cause with the help of the Holy Spirit then we will get closer to our victory! Nip it off in the bud!

Here’s how we can deal with temptation:

If there is something that you are struggling with, (be it smoking, pornography, foul language, alcoholism, video games, physical/emotional relationship outside of the will of God), make a check list determining where are the sources to that sin that you have access to. Could it be bad company? Or is it too much TV, wrong books, being in the wrong social set-up?

Find it, and shut it off without mercy! Notice that in verse 14, James talks about evil desires saying that they first draw you away and then enticed. The words “draw away” to me seem like a process.

Humanly, it’s not possible that we won’t have to face challenges when on earth. But from the point of initial contact with temptation, you have to be careful to resist because if you allow it to linger even a little longer then before you know it, the temptation would have caught you by the collar and you would be on your way being dragged into its pit!

Resist temptation and flee from evil. Sound familiar? Do you flee or just hang around temptation?

Acknowledge your weakness and confess it quickly and continuously. Don’t allow guilt to question your relationship with God. Remember that as long as we are on this earth, we are going to face continuous battles against this flesh. Therefore, it is important that you, on a daily basis, wash yourself with the blood of Jesus.

If you are questioning whether God would be tired forgiving you, then the answer is NO! This is the greatest lie of the enemy. Don’t let him fool you into thinking God has run out of forgiveness for you. Get up and keep running till you don’t fall anymore! When God sees that you do not take His grace for granted and that you are earnestly seeking His help then God will help you and rescue you!

Battle It in the Spirit

Most of the times, the temptation is brought by an evil spirit. But that in no way implies that you can blame the devil and do nothing about it like mentioned earlier. Even Jesus prayed, lead us not into temptation and deliver us from all evil! This is a clear direction from the Spirit that every believer must put on the spiritual armour and engage in spiritual battle against those areas of your weakness. The spiritual battle includes not just prayer but also confession of the word of God and your status in Christ which the devil hates to hear!

Verse 15 paints us a picture of the vicious cycle of sin. Desire conceives sin. Now if a desire is formed in the mind and lingers long enough, it then becomes a disease of the heart. Before you know it, you are bound to it. It starts off as a passing thought and then if you allow it to stay longer it’ll argue over your consciousness or the conviction placed by the Spirit.

Many a times we allow ourselves to debate with sin. Mostly the wicked one that visited our ancestor Eve comes to us trying to tell us about how this is a small risk or that it is not going to hurt anybody. But like I usually say, we are not called to debate with sin; we are warned to flee from sin. But for those of us who try debating with sin, we mostly end up giving birth to sin! And now when sin stays, it gives birth to death!

What we must do in the face of temptation is use the free will given by God to us. Many of us Christians are today basing our decisions on our emotions/feelings. If it doesn’t feel right, it ain’t right! Right? WRONG!!!

Remember to not make decisions based on your feelings. Rather we must make a decision to surrender ourselves in the presence of the Holy Spirit by seeing the joy come through the eyes of faith! Make a decision based on the Word and the instructions of God. Yes, it may be painful; it may mean giving up things out of your control but you will at least have the assurance that you will not lose your soul.

Let me simplify this for you, for those of us grappling with this point: Let’s say you are beginning to fall in love with somebody. Now that is not wrong in itself but if that somebody is not single but married and has a family and children, do you still go ahead? Your heart says “YES! YES! YES” but the word of God says “NO!” So what do you do? Resist! FLEE! Don’t hang around! When your mind starts thinking about that person – Say STOP! In Jesus Name, I take every thought captive and submit it to the Lordship of Jesus Christ.

My dear friend if you have found yourself trapped in a situation like this; seek all the help you can from spiritually mature leaders/elders in your church. We have matured leaders in our ministry who can help you with advice if you are ready to open up. Break free. Save your soul. The devil will time and again come to steal, kill and destroy. Refuse his lie. There is a way out. Confess your sins, set yourself free and surround yourself with prayer and strong Bible based believers.

Do not be deceived my dear friends. May God bless you to make the right decision and not be moved by feelings alone. Guard your heart with prayer and the word.

Question: What has been your experience in handling temptation? What was the point of victory in your life? We would love to hear from you.

Next in the series: What, Why and How to Witness

We Are in The Top Global Christian Blogs! (Help Us Serve You Better)

Don’t Be Motivated by ‘that Pastor’

Setting the Stage for God

The Supernatural in the Church – 7 Ways to Handle It

What You Celebrate as a Church

← Prev: All You Need to Know About Speaking in Tongues Next: 7 Keys for Fruitful Witnessing →
Blog home page