Rev. Mosy Madugba is an apostle and a father of our time. I had the pleasure to preach for him in a session in Nigeria for about 5000 pastors and leaders. He is someone that carries the heart of God. I hope you will enjoy this article sent out by him. (Used with permission.)

Great Spiritual Awakenings have swept the world over the centuries. They have changed lives and the very culture in which we live. An Awakening is a special time when God comes down and saturates a place and a people with His presence. There is a final Great Awakening coming. 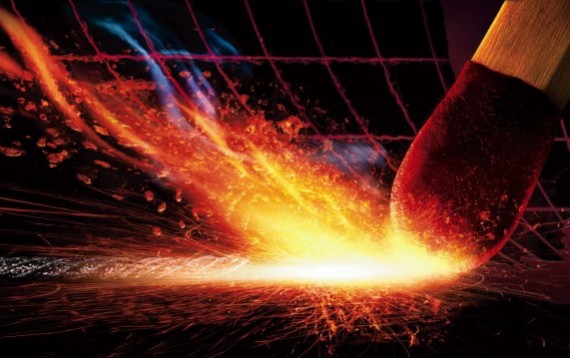 The great Azusa Street Awakening, the most powerful move of God on earth, which over the years resulted in 600 million being swept into the Kingdom of God, and gave birth to the Pentecostal Movement, began in 1906 and ended in 1913. It was one of the greatest outpourings of the Spirit of God since Pentecost. Multitudes were saved, healed, and filled with the Holy Spirit. Incredible miracles occurred.

As the Azusa Street Revival was coming to an end, one hundred years ago in May/June 1913, Charles Fox Parham, known as “Father of Pentecost” and William Seymour, known as “The Catalyst of Pentecost” on the same day, at two separate locations, prophesied that there will be another stronger move of God’s Spirit on the earth, which will take place 100 years from then.  They said that it will be an outpouring of God’s spirit and His Shekinah glory that would be greater and far more reaching than what was experienced at Azusa. Moreso, at the end of Maria Woodworth-Etter’s six months’ long Camp Meeting in December 1913; she also gave a similar prophecy that “We are not yet up to the fullness of the Former Rain and that when the Latter Rain comes, it will far exceed anything we have seen!”, she added that “There will be a greater move of God in the next 100 years, the glory of which has never been seen on the surface of the earth.”

Now, we are in that very year 2013, the year of the fulfillment of these prophecies. We cannot be like the Israelites of old while they sojourned in Egypt who forgot that they were to leave Egypt after 400 years and paid severely for their negligence with extra 30 years of hard labour. Rather, we must be like Daniel in Daniel 9:2, who read from the books like we have done, and discovered that they were to return to their home land after 70 years, and he prayed, and God gave them a glorious exit from the land of their captivity. This is the time to pray to spark off the revival fire, and bring down a combination of the former and latter rain together to fulfil these prophecies. The set time is now (Psalm 102:13).

In the light of the aforementioned, we are declaring the last three (3) months of this year revival months all over the world. Everyone who is a part of the global church is encouraged to begin to seek God intensely alone and with your family, your local church until the prophesied revival fire breaks out. Start immediately. We believe that, if we are obedient, both ourselves, the global church and our world today shall not remain the same at the end of the year 2013.

The secrets of any revival have always been a combination of the following – an intense passionate spiritual hunger for more of God and a determination, commitment to practical passionate and intense prayers until God shows up with the desired visitation. For example, Elijah intensified his prayer efforts seven times before the needed rain came down (1 Kings 18:23).

D. M McIntyre once wrote; “Before the great revival in Gallneukirchen broke out, Martin Boos spent hours and days and often nights in lonely agonies of intercession. Afterwards, when he preached, his words were as flames and the hearts of the people as grass”. It can happen again, this time through any of us.

The qualities of a genuine apostolic company, who, like the early apostles could bring to fulfillment prophecies like that of Joel to pass in their times are very unique. Without any compromise, they must:

3.      Reject and hate all forms of worldliness and are rarely attracted to sin.

4.      Demonstrate the entire content of Philippians 4:8 in their lives.

5.      Be given to agonizing prayer. If this offends you, then you don’t belong to this company.

We have no two agenda, only one; fulfillment of the promised and prophesied revival in the Church for today with the attendant glory and consequent manifestations of uncommon miracles, signs and wonders that cannot go unnoticed.

Let us pray Hannah’s style – like drunk people (1 Samuel 1:14-15) or even Jesus’ style – until sweat starts to drop like blood from our faces (Luke 22:44). God can never resist this. The effective fervent prayer of the righteous still avails much” James 5:16b.

Start the revival fire and let the wind of the Holy Spirit spread it all over the earth.

Accessing the Key of David

The Baby at the Doorstep – Powerful Story & Free Download