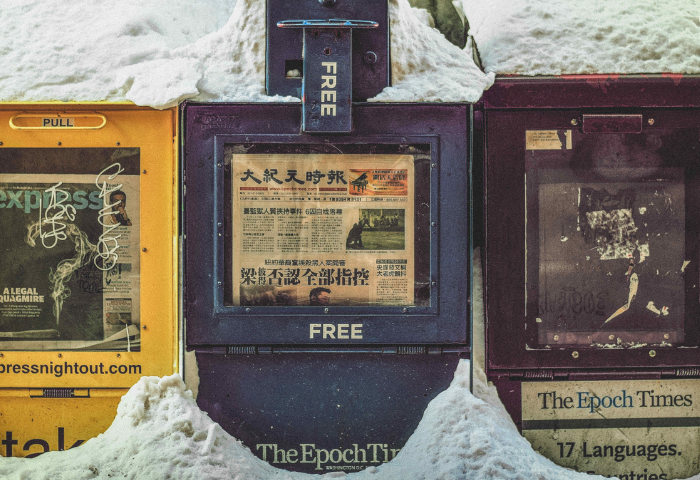 In this post we continue our journey with Francesco through different patterns of validation seeking, and work towards wisdom, Truth and discovery. Here are the previous posts:

The bringer of Information.

This persona and the eavesdropper are vitally linked! Once a person has information, or has overheard someone’s deep dark secret they now have the means to be able to expose others to uplift themselves. Other people’s secrets are the currency of gossipers and the fuel to an insecure person’s fire.

SO WHAT IF I SHARED SOMEONE’S SECRET?

Many times people have confided in me, telling me intricate details of their lives and experiences. I felt honoured and deeply touched that they trusted me.

BUT THEN WALKS IN MY INSECURITY and, at a moment’s notice, I spew out secrets like water from a geyser in order to gain someone else’s approval.

It’s insensitive to proclaim things that no one else should know. Foolish I get it, but it goes farther than that!

In Proverbs chapter 11, the writer compares a righteous person and their traits to a wicked person. This is what is written in verses 12 and 13.  “Whoever belittles his neighbor lacks sense, but a man of understanding remains silent. Whoever goes about slandering reveals secrets, but he who is trustworthy in spirit keeps a thing covered (ESV).”

A righteous person keeps information covered, they keep their mouths shut, and listen rather than speak. Whereas a wicked person belittles their neighbors, slanders, and reveals secrets.

Why would anyone share secrets in the first place? Here are some reasons:

To appear desirable to another person, to be validated.

-When you reveal someone’s crush, people may think you’re a social, have connections with people and are appreciated by others.

-When you reveal someone else’s trauma, you may also seem sensitive and concerned.

-When you release confidential information from people who are higher up in an establishment, you may seem knowledgeable, and important.

Ultimately you are seeking the acknowledgement and validation of the listener in revealing something that you had no reason or right to share. You could even guise it as a prayer request, but ultimately it’s not your information to share.

But revealing a secret doesn’t make you a gossip, right? You’re not really lying, or starting a rumor! You’re just exposing a hidden truth, no slander or belittling intended…

What the bringer of news is doing is defining another person before they can define themselves. They are shifting destinies without knowing it, and altering relationships. You are removing the other person’s  opportunity to present themselves to others in the way they want to be represented.

Let’s say your friend, let’s call her Lucy, reveals to you that she used to be working in pornography before finding Christ and that she’s haunted by the fact that videos of her are still online. You know it is sensitive information so you don’t want to tell anybody… but it’s weighing on you, and you tell another one of your close friends, Leo, the whole story just to decompress. Lucy and Leo have never met.

Fast forward to a house party where the two of them meet. Lucy is introducing herself to Leo, explaining her likes and dislikes, her zeal for the Lord, talking about business prospects etc. Leo won’t fully be able to see Lucy in the way she describes herself because of the information YOU told him.

So no matter how smart, funny, ambitious and God fearing this woman is presenting herself as, all Leo understands is that she used to be an adult film actress beforehand. This creates either an automatic sympathetic response as in “wow you’re such an overcomer” or a judgement response “well I know what you did, and good luck trying to escape your past with all those videos online”.

Leo has already an opinion of Lucy before she even introduced herself. Their destinies, their potential interactions with each other and you now, are affected by this 3 way secret.

What if they could have been perfect matches to date each other, possibly be married? But now knowing her baggage Leo won’t even entertain the thought, whereas if they got to know each other as God intended them to in the way and time He intended them to, Leo would have then been more understanding of her past. Words are powerful and shape not only our destinies, but can also affect the destiny of others.

Not all people are understanding and see everyone and everything through the eyes of the Father. Therefore it is critical that we learn to keep things to ourselves and allow God to deal with their hearts. When the time is right, He’ll bring their story out in a greater testimony for His glory!

I have to admit, I used to unintentionally let things out without malice. Most people are not intentional when they bring the news to others, they just speak out, they babble as mentioned in Proverbs 20:19. “Whoever goes about slandering reveals secrets; therefore do not associate with a simple babbler (ESV).”

If people hear you’re revealing other people’s secrets they’ll assume you do the same to them, distrust you, and they’ll limit their friendship with you. If you are consistent in your babble, people will find out that you are the source of the slander. The access and relationships you had will begin to deteriorate and you will end up more insecure than when you started… and alone. Isolation is the best way for the enemy to get at you, so don’t fall into his schemes by burning bridges with your big mouth!

Proverbs 10:19 explains that “when words are many, transgression is not lacking, but whoever restrains his lips is prudent (ESV).” The more we allow our mouths to speak on behalf of the flesh we open ourselves up to debauchery, whether we like it or not. We offend others, break trust, and compromise not only other people’s reputation but our own…especially our own. We are told to restrain our lips therefore we must speak with discernment. Not just spewing information without consequence but thinking steps ahead. We must be intentional not only with what we say, but more importantly what we do not say. As mentioned in the previous verses, knowing when to be silent is a key in living a righteous life.

BE LOVED AND LEAD

A means of combatting this foolish tongue and blabbering mouth, is to love God with all our hearts, minds, souls and strength, as well as love our neighbors as ourselves. When we view others as God views them, in His image, we automatically give them value. We’ll treat them with inherent integrity and understand that despite their flaws and their secrets they are not only in the image of God… but loved by Him as well. Moreover, we wouldn’t want someone we confided in, to tell our deep dark secrets, so why would we think it’s okay to do it to others?

God is the only one that knows every single area of our lives, and the Holy Spirit is our comforter.

He is such a great counselor because He does what most people cannot.. He truly listens. I know I have spent hours on my face before the Father, exposing my sins, my thoughts, and my affections to Him with weeping. Afterward I felt so liberated, and He didn’t even have to speak back.

All I had to know what that I was heard, and that I am loved despite it all. Sometimes that’s all someone needs, someone else to listen. That is a very precious and tender place to be. If we are called to be imitators of God let us just be a loving presence. Let us truly listen, keeping the words of our loved ones sacred, because our all-knowing God understands the power of confession but also knows the virtue of silence.

In all things there are seasons, what may have been a secret in one season may be common knowledge the next. You also don’t have to be a chamber of secrets. You can also establish boundaries and warn people not to divulge information to you if you are not yet ready to harbor their words.

If words are weighing upon you, seek the liberty in freely expressing yourself before God. He has also placed your Pastor or leader in your life for you to be accountable to. There should be no secrets kept from them. If they love you, they’ll see in the spirit on your behalf and can help the situation or take action if necessary with the information you provide them. God has appointed shepherds over His sheep, don’t be reluctant to bleat at them when you need help!

I hope you are blessed. Don’t forget to subscribe to read our last post of this series, “The attention magnet!”

God Wants You to Experience the Total Turnaround

[Song&lyrics] In Your Presence All Fear is Gone

Watch Out: 6 Areas of Attack on the Mind

Finding the Giant and then Standing Tall