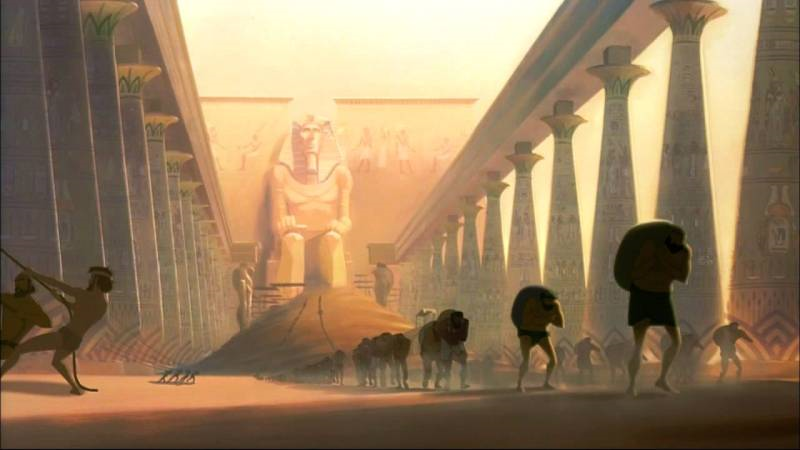 What is the meaning of “Pharaoh”? “Pharaoh” means the son of the sun. The Egyptian kings, Pharaohs,  were regarded as gods and the spirit of Pharaoh has to do with destruction of good things in their infancy. Pharaoh was the one that gave instruction that all male children of the Israelites must die and baby Moses was going to be killed if it wasn’t for God’s intervention.

When God sent Moses to Pharaoh and he said, “Let my people go,” Pharaoh answered, “Who is the Lord? I know not the Lord.” Pharaoh’s heart was so hardened that the Lord had to bombard him with ten plagues, and even after the ten plagues, he still pursued the Israelites.

There are five characteristics of the spirit of Pharaoh in the church against us:

1. He distracts us from our real purpose.

The Israelites’ purpose was to build the kingdom of God, to build cities, kingdoms and nations by the promise that was given to Abraham to build Canaan, to build up a place for God’s glory. But instead, they were slaves working under Pharaoh. For 430 years the Israelites were under the bondage, forgetting their real God-given purpose. They got so busy with life, with what they were doing, that they forgot their calling.

That’s what I’m trying to show you about serving the Lord: it doesn’t come naturally, because we are a culture where on Sunday morning we’ll be religiously excited about going to church. But then Monday to Saturday we are slaves to the world’s drive for performance, earning more, making more money.

What is God’s purpose for our existence on Earth? When we embrace that we are here as aliens, that this place is not our real home, that our home is in eternity in Heaven, only then will we understand eternity is what we are called for. That means, if we are living as agents that bring the Kingdom of Heaven on earth, then we will have a whole different purpose of living in existence. After embracing this purpose, we will become an army for God.

2. He confuses our identity

The spirit of Pharaoh is a master at distracting us and confusing our identity. Pharaoh coheres the midwives who were supposed to deliver the Israelites’ babies. Instead of helping the newborns to reach their destiny, he was turning the midwives into killers. He is manipulating their identity. The midwives are supposed to help babies to be safely born. Instead, he manipulated their identity to turn them into killers, confusing them.

The enemy makes people fall in love with positions, titles, appreciation, etc, and deceives them from their real purpose. And that is why we  must focus on our real calling.

We must live with our minds fixed on what has not yet been reached for God, the ultimate place where nations bow down and declare Jesus Christ is Lord. While we sit comfortably by, the enemy is working hard.

Don’t get comfortable in any place. As a church this is one of the dangers we face. When we get content and satisfied with the things of God, we then become stale and stagnant.  [tweet this]

3. He fights the next generation

The enemy has a problem with fighters who will rise up and who will fight the battle. That is what the enemy is after: warriors. He is after people that come to God’s house, snow or storm, they will still be there faithful in the house of God.

The enemy is after those kinds of committed individuals where nothing can shake them and nothing can discourage them; people cannot offend them no matter what. They see through the fact that people are fragile and fickle, and that the only person that won’t disappoint them is Jesus, and they run after Him and run after those specific goals.

That is where Psalm 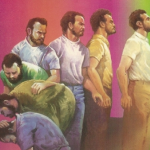 118 comes in, saying “God is fighting for us.” The enemy pushed hard for us to fall, but God is our salvation. One of the things I like about Psalm 118 is the fact that it says: “He has become my salvation”.

This means, He wasn’t my salvation from the beginning, He has become it. I’ve started realizing that I cannot do this without Him: He has become my salvation. I pray that this season we will depend on Him, and that He will become our salvation.

This also means that if you are not an infant killer, you must be a giant raiser. To raise giants means to raise people who are more anointed than yourself. That is an assignment for every single believer in the body of Christ.

God is looking for people that will think different, that will rise up as giant killers to fight against the spirit of Pharaoh. Your assignment in the body of Christ is not a survival. We are not called to survive, we are called to thrive. [tweet this]

Your success as a believer is the success of your brother and your sister in Christ. [tweet this] Do not be discouraged and demotivated by others. Because of you, giants in Faith must rise up. They don’t need to call you their mentor, they don’t need to call you their spiritual father/mother.  Trust in God’s ability to use you in their lives to encourage them. Allow Him to use you to build up those giants in Faith according to His plan.

4. He hardens our heart from obedience.

The Spirit of Pharaoh is a dirty spirit. It keeps manifesting in us from time to time when we just don’t feel like obeying. When we know what is right, but we still don’t want to do it. When you tell yourself, “I’ll just do it this one time and then I’ll ask the Lord to forgive me. It’s not like I’m backsliding, it’s just one time.” That’s how it starts. One time, two times, three times …

Remember, the spirit of Pharaoh wants to re-capture us and bring us back to Egypt.  How many plagues did Pharaoh resist? Plague after plague, he resisted to the point where God had to strike his firstborn.  That’s the spirit of Pharaoh: one time, two times, three times…

“Today, if you hear his voice,
8 do not harden your hearts as in the rebellion,
on the day of testing in the wilderness,
9 where your fathers put me to the test
and saw my works for forty years.
10 Therefore I was provoked with that generation,
and said, ‘They always go astray in their heart;
they have not known my ways.’”

Rise up today and break away from all that sin that weighs you down from running into your destiny! [tweet this]

5. He will pursue you one last time.

I declare into your hearts that you shall not fall. And if you have fallen,

I declare you shall rise up.