The Woman and Her Silent Tears 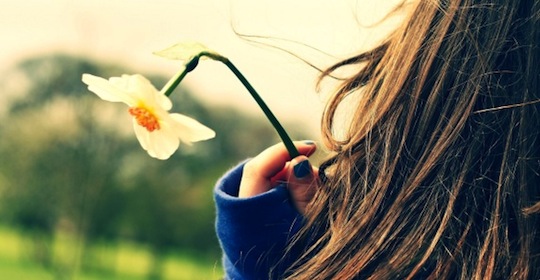 Even though you are surrounded by people, you still feel left out of the game. You are wondering if anybody knows how hurt you are or how hard it is within the lonely dark room of your heart. Thoughts about the past hurt you and the fear of your future taunts you. This is for women who are asking God if He really cares. This is for those who have questions about ‘why it happened to them’, and why they are being treated this way. This is for you.

The Bible tells us of two women who went through similar situations. Women who were used for someone’s happiness or need and then discarded. They were outcasts. They were not included. They were not loved but left lonely in the wilderness. As we read about their lives, we see how God was not a silent spectator of what was happening. He reached out to them.

One of them was Leah, Jacob’s first wife. She knew Jacob loved Rachel. She knew he was working for her and the sweat and blood poured out was for her sister. She knew that Rachel had captured his heart and that her sister was more desirable to him than her. But she became a victim of her father’s greed. Laban who wanted to make Jacob work so that he could become richer. Laban for the sake of a society that believed the elder daughter should be married first, forced Leah to marry Jacob in a game of trickery. Leah married a man who did not love her.

The night of the wedding, she knowingly stepped into disaster. Hoping against all hope she would have desired that after that night, Jacob would begin to love her. Much to her dismay Leah found the next day that Jacob was still very much in love with Rachel. She could not woo him. I can imagine what she would have gone through when Jacob decided to work another seven years for her sister. Jacob was doing anything he could for her sister. All his sweat and blood was for her. The way she named her children shows how desperate she was for love, for closeness and for respect.

Many of you also have been in similar situations or have seen women used for the need of others, pushed into a life they did not want to – women who are treated with less respect anywhere other than the bedroom and kitchen – Women who are crying out to God asking if He is there?

Leah also would have had the same questions. She would have spent nights crying alone asking if God really saw what was happening in her life why He would let her go through all this. Did God even care?

Yes God did care. Genesis 29:31 says, when the Lord saw that Jacob loved Rachel more than, Leah, He made it possible for Leah to have children but not Rachel. We see here that through it all, God was watching Leah. He knew how much she was despised and God was on her side. God gave her so many children and blessed her. Through her sons came priests and kings. Through her descendants came the Savior of the world.

We believe and worship a God who sees. He will always be on the side of the oppressed. He knows what we go through and He sees our pain and answers our prayer (Genesis 30:17).

That’s why the other woman ‘Hagar’ called the Lord who spoke to her in the wilderness as ‘the God who sees me.’ Well, she was also used by her mistress, treated badly and chased away as an outcast. But when she was running away into the wilderness, God saw her, reached out to her and blessed her descendants. Even to this day we see that her descendants are blessed.

He is a God who sees your emotions, your silent tears; sees how people treat you. He knows when you feel left out; He knows when you don’t feel loved. He will always answer when you call. He will always be on your side. He will bless you and make you a blessing to many. For the outcast, who was on her knees, He was the God who sees and today He is at your side holding your hand and He will keep you close to His heart. Though your family may hurt you, friends abandon you, He will never leave you nor forsake you.

So be encouraged women of God! You are never alone. He is the lifter of your head. When I read about God, the way He works the things He sees in a heart, the details He notices, the way He administers justice, the way He always sides the oppressed, the way He reaches out, the way He is in control over all, it fills me with hope. Not once has God left a child in pain. He has always come to their rescue. We have a Savior who walks through hell or the darkest night to reach out to an outcast who cries for help.

What is your story? Do share with us how the Lord has come through for you during your time of need. Or you perhaps know of some powerful testimonies like these women of honour mentioned above, do share!

¿Por qué Dios no nos ayuda a no pecar?

← Prev: Ambition vs. Appointed Time | Power Nuggets Next: How to Start a Blog (Step by Step With WordPress) →
Blog home page