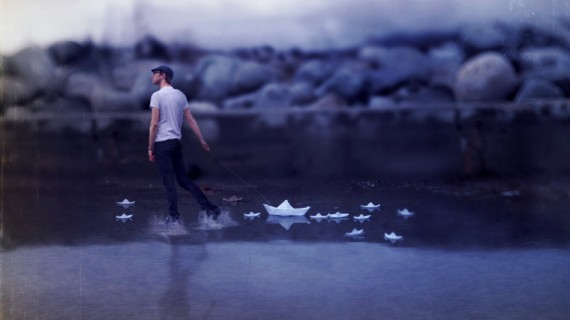 This week I am delighted to bring to you again an anointed young leader that we work with, Evangelist Hari Rao. Based in Bangalore, India, he is a fire brand for God, travelling with great passion to prepare this generation for the return of the Lord. Please enjoy the post. 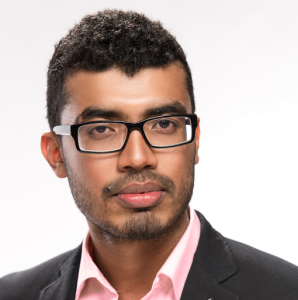 Peter, by far, is one of my favourite people in the New Testament. The dichotomy of his personality sets him apart from the remaining 11 who loved and followed Jesus. His ability to hear God the Father one moment and echo the voice of the enemy the very next, or to promise to love Jesus until death and then deny Him out of fear the same evening is proof of his human duality.

Peter was a lot like us. Passionate but misguided. Loved God but afraid. Daring but foolish. It’s out of his life of ups and downs that I learned one of the most important lessons in life and ministry.

Courage to Walk on Water

“ 29He said, Come! So Peter got out of the boat and walked on the water, and he came toward Jesus. 30But when he perceived and felt the strong wind, he was frightened, and as he began to sink, he cried out, Lord, save me from death!” Matthew 14:28-30 (AMP)

There were 12 men in that boat. They were all presented with the opportunity to have the same experience and exposure of walking and living with Jesus, yet when the time came only one said ‘Yes’ and dared to step on water. Peter perceived the possibility of walking in the realm that His Master and Creator was operating in. He walked away from the comfort of friends and colleagues who chose to remain in the safety of the boat, and he stepped into the unknown, alone.

With that step of faith, the laws of physics were immediately suspended! Instead of a splash, he found water to be solid ground. He had made history and his story will be remembered for generations to come. The man who walked on water with Jesus!

History does not belong to boat-dwellers! It belongs to people who will challenge every limitation that has been put upon them and attempt to do the impossible.

The Gift of Vulnerability

Right after this momentous step of faith, Peter’s attention was suddenly drawn to the fact that his comfort zone was behind him and his destiny much further away in front of him. The wind and waves bruised his confidence. The seed of unbelief was conceived. And just like that, in an instant, the waters caved in and Peter found himself sinking. He was a fisherman yet he could save himself. The remaining disciples did not even step out of the boat; they were of no help to him. And he was not sure anymore if Jesus would come and get him.

He did the only thing that he could have done. He cried out to Jesus with the hope that maybe, just maybe, He would reach in time to save him. He had no one else to depend on. He realised that if God would not come through for him then no one else could save him. On the surface, it all looked bad, but this is what I think; being vulnerable is a gift because without it, trust is never fully formed. When we come to a place where we have no one else but Christ to help us that is where we become truly dependent on God. [ClickToTweet]

The world looks positively at being predictable and in control of a situation. Being vulnerable is considered as a weakness. But the willingness to put yourself in a place where everything could come crashing down is where you become candidates of His divine favour. As long as we have a plan B and an exit strategy we haven’t fully trusted Christ. [ClickToTweet]

The disciples must have thought of Peter as an arrogant for thinking that he could do what Jesus did. They must have even ridiculed him for sinking but unless he did not come to that place of absolute confidence in Christ, this story would be no different from any other. The place of complete dependency is the tipping point of divine favour and a supernatural lifestyle. [ClickToTweet]

If you are in a similar situation, I hope this post encourages you and pushes you into your season of supernatural blessings.

Share with us, what is hardest about the life of faith? What is God teaching you?

Finding the Giant and then Standing Tall

Finding Your Location of Growth

Derek Prince – The Holy Spirit Inside the Church

← Prev: 10 Powerful Scripture Confessions For Your Children Next: The Most Important Prayer of Every Leader →
Blog home page