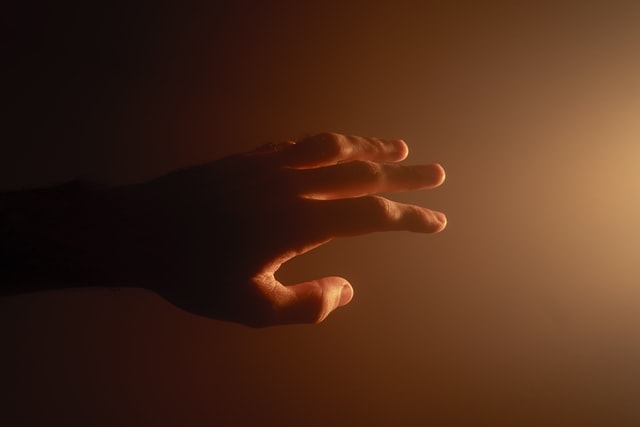 In part 1 of this series, we learnt that the anointing is not for us but for Him, His people and His kingdom to be established on earth. In this post, we’ll dig a little deeper to see what activates anointing.

But just as His anointing teaches you concerning everything and is true and is no falsehood, so you must abide in (live in, never depart from) Him [being rooted in Him, knit to Him], just as [His anointing] has taught you [to do]. (1 John 2:27 AMP)

The above scripture gives the key to activate your anointing.

Yes, God does release His anointing through impartation but the real root of receiving that anointing is to:

Prayer Does Not Increase Your Anointing!

Yet let me clarify, prayer does not increase your anointing. Nope it does not! (Against popular beliefs). Prayer is not a ignition to get the anointing going. Prayer is what increases the intimacy in your relationship with God. And no, neither does it make God love you anymore than how much He loved you on the cross, but prayer helps you to tune into that reality of love.

Prayer cuts you from the noise of the world and tunes you to the voice of the Holy Spirit. In this process of being connected to the vine, the anointing/power of God flows in through us (the branches). Anointing therefore is only a by product of prayer.

Some seem to think that more anointed is to do more impressive things. Simply not how God views it. A simple example to explain this is, if God has anointed a person to reach villages for Jesus, that man praying for months is not going to change him into a mega church preacher. His anointing to fulfill his call and purpose does not change with prayer. Prayer only tunes him to fulfill His primary purpose.

Then How Does the Anointing Increase?

Anointing has been described to work in stages. What I believe is that when a person is anointed by God for the working of miracles, his increase in prayer life does not increase that anointing, but what increases with prayer is his sensitivity to understand God direction, guidance or will for the different situations that he faces. Reading dozens of the chapters of the Bible is not what makes you more anointed, but it increases one’s faith to believe God to function in the anointing God has placed on one’s life.

It has always interested me that God called His disciples Apostles even before they planted any church. What is more interesting is that the Judas that betrayed him was also in the company of those that were called as Apostles. Anointing is God’s calling on one’s life. Not something that can be bought. How we respond to that call is on us.

That means, your anointing is activated from the call you have received and multiplies according to your levels of faith.

Explaining that in Romans 12: 6. “We have different gifts, according to the grace given to us. If a man’s gift is prophesying, let him use it in proportion to his faith.” (NIV)

So in the first place it clarifies what I said earlier in my previous post– there is nothing you can do to deserve God’s anointing. We have gifts that empower the body of Christ according to the grace given to us. And notice the second part how a man’s gift is proportionate to the faith in God.

Your faith increases by hearing the Word of God, the more you immerse yourself in prayer and faith, the more you are tuned to Him. And the anointing in your life is further activated(to do what you were purposed for) with that faith that is birthed out of the intimacy with God.

Question: Have you come across situations in your life when your acting on faith has triggered the anointing? Share with us below:

Next Thursday, in the last post of this Anointing series, I will be covering aspects like how to balance your faith, whether the anointing can be lost and how not to lose your walk with God. To get it in your inbox here.

How to Multiply Grace and Peace – The Identity Series [Part 2]

← Prev: Could You Be Happy With a Heaven Without Christ? | Power Nuggets Next: Les femmes pasteurs/prédicateurs →
Blog home page