Equilibrium [Part 3]: The Steady Pursuit though Opposition is Certain 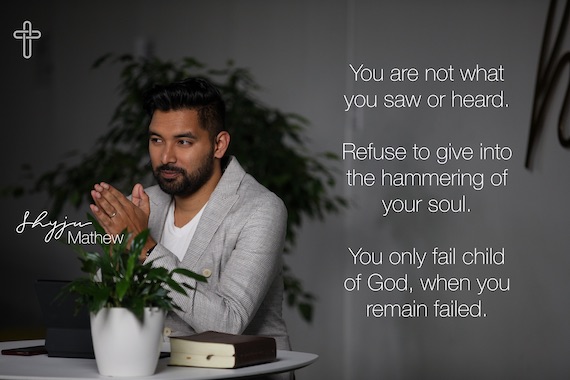 Beloved, we hope you are enjoying this journey, Growing Up in God.

If equilibrium is defined as remaining in the centre of the Will of God, what are the forces that work against this balance?

The enemy is constantly trying to divide the unity of the soul and the spirit by provoking the soul to lead by emotions.

In Mark. when Jesus had sent away the disciples in their boats, as He spent time with His Father in prayer, it says by 3 am, a violent storm had kicked up and these men were making little headway with their oars.

As Jesus approached them, the disciples shrieked in fear, certain they were seeing a ghost!

When your soul leads from emotions, distortion of God is the outcome. Here, their Lord approached, and instead, their soulish fear projected an image of a ghost!

Their senses were overloaded, as information from the howling winds, the cold water filling the boat, the aching muscles burning at the strain to keep the vessel moving forward, all shouted, and their souls became engulfed in fear.

Yet Jesus, standing on those same waters, spoke peace.

Beloved, do not let your soul’s information overpower your spirit’s understanding!

To hear the full Word, click here, as Prophet Shyju Mathew exhorts the Body of Christ to recognize how the enemy tries to divide and oppose your equilibrium, and then how to overcome in those critical moments!

How to Ascend the Hill of the LORD?

Lessons I Learnt Before Getting My Stolen Apple Laptop Back