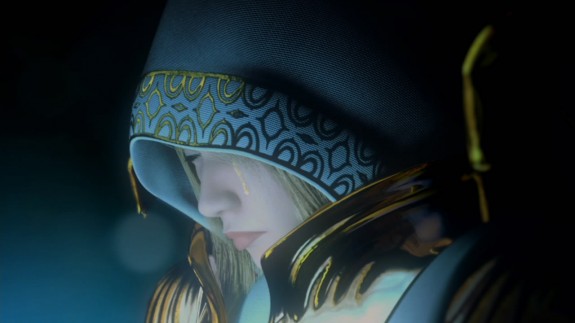 When the land becomes pregnant with sin, God has always had two ways to deal with it. He either destroyed it, or, if there was someone that stood in the gap, God would revive the land again!

One of the best examples is Nineveh. God was ready to destroy it but when the people of the land wept and their hearts were filled with remorse and repentance, God had compassion and He changed His mind with the intended destruction.

Today looking around, no matter which country you’re in; you can see sin increasing in leaps and bounds like never before. This is a sign that it is time for the next great revival to catch our lands. All the more reason to expect, believe, dream and pray for a revival.

Please watch this quick video message from my mobile:

2. The Voice in the Wilderness

It is said about the Whitefield Revival in England that great men of God began to sow seeds of revival, asking questions that provided streams of despair. The search for answers led preachers and people alike to be broken waiting upon God.

The expectation of revival in New England did not happen overnight. There had been a gradual accumulation of God stirring the hearts of the people, so that by the time an itinerant preacher arrived, George Whitefield, it seemed inevitable that God would work in such a way.

By 1674, Samuel Torrey was already proclaiming the need for ‘prayer unto God for a providence of converting grace’ so that people would be saved.

He preached that the sin of New England had reached such measure as to be beyond hope of ordinary reformation, but that salvation history shows ‘there are certain times, and extraordinary cases, wherein God… saves His people by Himself.’

They could only pray, mourn, and await the day when God would reclaim New England ‘by the power of His Spirit’.

Solomon Stoddard emphasized the role of effective preaching in revival when he said it was not enough to ‘pray them down’, you had to ‘preach them up’.

Surely it’s upto us if we will be the voice in the wilderness. It is time we talk revival, sing revival, preach revival, dream revival and pray revival! [ClickToTweet]

3. When the Church Rises

God promises in His Word that He will visit our land. “If My people who are called by My name humble themselves, and pray and seek My face and turn from their wicked ways, then I will hear from heaven and will forgive their sin and heal their land.” 2 Chronicles 7:14 (ESV)

Notice how God says: “if My people”. There is both ownership of His people and Him empowering His children in that verse. A child of God has the power to change the conditions in a land. [ClickToTweet]

In Acts of Apostles, each time God’s children came together in extended times of pursuit of God, it led to God’s strong touch among them. You see that in Acts 2 and Acts 4; the prayer was followed by thousands being added to the Church.

That is why it is safe to conclude that if our church, city and nation are not revived, the blame is certainly on our hands. Remember, God promised to draw near if we draw near to Him. (James 4:8) It is time we cry out till God visits our land in His power and majesty.

The Sparrows in the Storm

A Key to Your Spiritual Growth

Falling in Love with God and Sin? 4 Truths to Help You Overcome