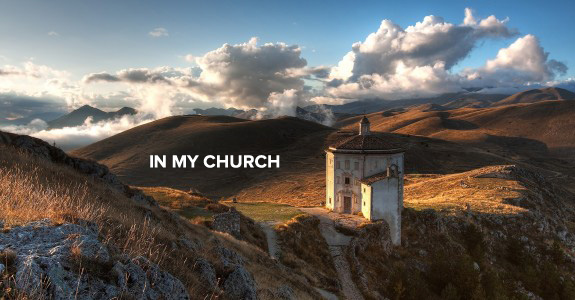 Charles Fox Parham is believed to be the ‘father’, and William J. Seymour, the ‘catalyst’, of the early Pentecostal movement which started in a small stable in Azusa Street, Los Angeles, U.S. The revivalist Evan Roberts and the Welsh Revival may also sound familiar to you as readers of this blog. However, what may not be so familiar, is a bridge that existed between the revival that started in Wales and in U.S.

As the great Welsh revival was taking place, a man from Los Angeles heard of it, and as he did, his Spirit got hungry for a revival. He was a man named Frank Bartleman, anointed by God to write.

Bartleman began to correspond with the 26 year old Evan Roberts regarding the revival. He was humble enough to ask that young man advice on how to spark a similar move of God in the city of Los Angeles as the one in Wales.

Evan wrote back with four simple pointers, “Congregate [gather] the people who are willing to make a total surrender. Pray and wait. Believe God’s promises. Hold daily meetings. May God bless you is my earnest prayer.”

Evan also sent 5,000 pamphlets titled “The Revival in Wales”, which Frank Bartleman, along with his other literature on revival, distributed to various churches and dropped on the streets.

What amazes me is that even though they lived in the era of snail mail, without any modern instrument for communication or technology, a group of hungry people for God in America got access to what was being done in Wales by God.

Revival is Not Complicated

Notice here that Evan’s reply to Bartleman was very simple: Get all those who are ready for a total surrender, in one place, daily, to cry out for God to visit them.

Revival cannot be complicated because revival is about Jesus and Jesus is not complicated. [ClickToTweet]

The Bible says in James 4:8 (ESV) “Draw near to God, and He will draw near to you.” How complicated is that? God has always desired, and even now waits, to visit His children and dwell with them in all His glory.

What Would You Do?

The question is therefore not when and what God would do; it is when and what you would do to invite His glory to invade your Church. How are you going to pursue Him? Are you willing to not just say, but make God your highest priority over your career, finances or relations? Are you willing to pursue God on a daily basis for a revival in your Church?

Are you willing to have fellowship, pray and study God’s Word daily like the early church? Most of all, will you begin to seek, weep, dream, talk, and pray for a revival in your church? If you do, then brace yourself because you and your church will be swept by the revival wind of the Holy Spirit!

If Bartleman’s writings caused the message of Pentecost to spread around the world, it is possible for God to use your simple church bulletins, facebook status, tweets, emails and images to ignite fresh fire of the Spirit in your church.

Yes, it starts with us being intentional about our actions. It is time we begin to think, dream, talk, and pray about revival.

Anybody reading?
Anybody crying for a revival?
Anybody weeping yet?
Lord, send revival and send it now.

Start now by reading, praying and sharing this post. May the hunger for revival spread.

Like Bartleman’s tracts, here’re a few images you can use to stir that hunger among your friends: Inspirational Quotes

Please leave your thoughts below. I would want to know.

Honour (Part 3): The Golden Key for a Daniel Generation

20 Resolutions To Tame Your Tongue

Why I Hate My Brother?

3 Keys to make diligence work for you this year

Before you give them a title…