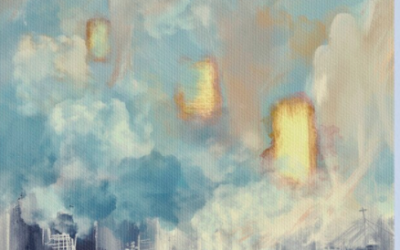 Like a wise farmer to a new gardener, a mentor has walked before the Lord and learnt much from life. As the mentor shares their knowledge, you can quicken your production and interrupt destructive habits that halt  growth in your life, by paying close attention to their instructions and duplication of their example.

Just as Paul told Timothy, “Follow the pattern of the sound words that you have heard from me, in the faith and love that are in Christ Jesus” (2 Tim. 1:13), so a mentor lays down patterns of growth to follow, with words of life to sustain ongoing production.

END_OF_DOCUMENT_TOKEN_TO_BE_REPLACED 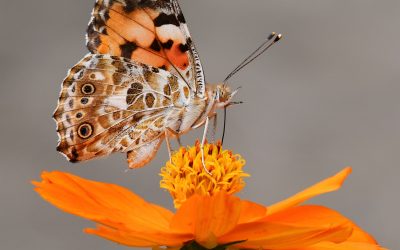 How to Strengthen your Weak areas of Life

In my journey, every single strength of my life was developed.  In my childhood, I was not a leader. I had no friends. I wasn’t popular, nor the favourite of my teachers.  Every part of me had to be developed, and the way I did that, was by first locating my weakness.

END_OF_DOCUMENT_TOKEN_TO_BE_REPLACED 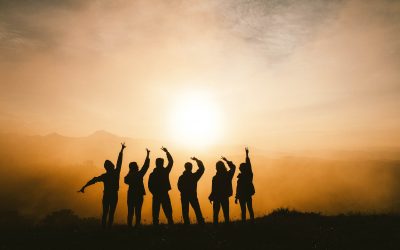 Spiritual Battles: How to help someone backsliding from God

Contrary to popular opinion, we are not responsible for everybody. Depending on if this is a friend or family member, our response to someone’s struggle may be quite different. For one brings spiritual battles not needed, while another brings growth.

END_OF_DOCUMENT_TOKEN_TO_BE_REPLACED 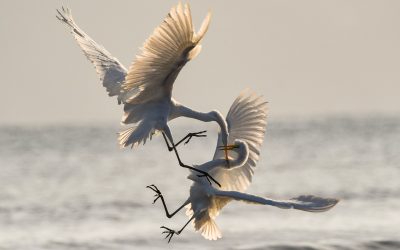 Wisdom is not just knowing what to say; it is also knowing when to say it.

A child of God has to always study when to speak.

It is critical for a child of God to speak only when you will be heard. Don’t waste your words.

END_OF_DOCUMENT_TOKEN_TO_BE_REPLACED 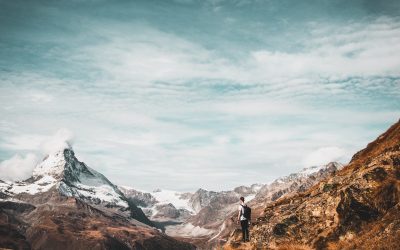 Q&A – How to be Intentional & Conscious of our Actions?

How can we discern in our daily life how to act, what to say or not to say, instead of reflecting after the fact? Our greatest strength comes from what we comprehend the best about the Lord….

END_OF_DOCUMENT_TOKEN_TO_BE_REPLACED 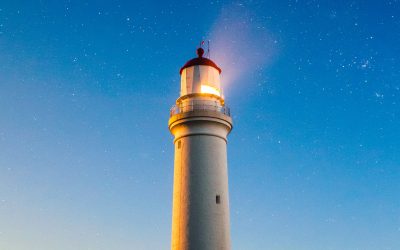 What to do when trouble comes your way!

2022, as prophesied, has roared in with trouble. From nations in confinement, to rumours of wars, to floods and storms, to the next global medical crisis, everywhere on this earth, times are turbulent. What to do when trouble comes our way?

END_OF_DOCUMENT_TOKEN_TO_BE_REPLACED 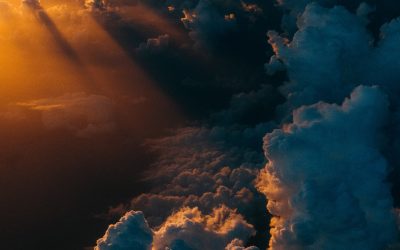 How to Defeat Dark Thoughts in Your Life

If your heart is mediating on global issues, the loss of job, the fight with your children or your bank account, the enemy can use your fears as the currency of faith in the his kingdom of darkness to execute your failures. If your heart is meditating on the Lord, the Goodness of God, His power and might, His deep love for His Children, your identity in Christ or the testimonies He has done in your life, you will overcome any battle, win any war the enemy tries, because your spirit, so full of truth and the fire of the Holy Spirit, will be fuelled by the Lord!

END_OF_DOCUMENT_TOKEN_TO_BE_REPLACED 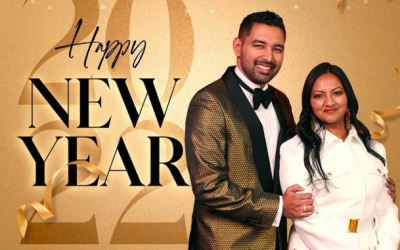 2022: Finding Peace in Christ to Overcome and Rule

Child of God, you are a citizen of Heaven even while you live on earth. Your passport is stamped: HEAVEN.  So why are you surprised when hell, Heaven's enemy, targets you on earth?  In 2022, may you find Peace in Christ to overcome and rule every single day! Storms...

END_OF_DOCUMENT_TOKEN_TO_BE_REPLACED 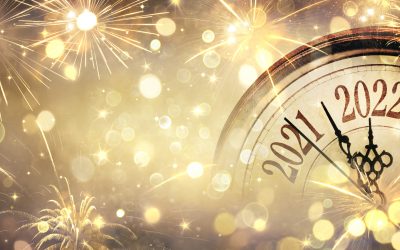 Being humble, contrite and trembling at His Word are critical keys to sustain our connection with the Lover of our Soul in 2022.  If we are to rest and reign with Him, our pursuit must be strategic, intentional and diligent, as we advance the Gospel in His Holy Name.

Stay Up to Date With The Latest News & Updates

Connect with us on our social media to be updated. 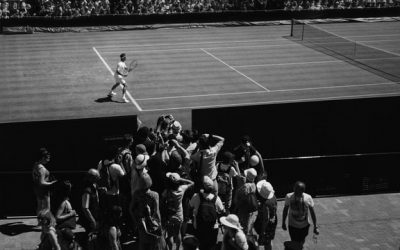 There is no leaders without critics. Growing as a leader aso requires growing a thick skin. To be able to receive all incoming opinions without caving in under them. As leaders we still need to hold on to our perspective, the greater vision, the larger picture. When...

END_OF_DOCUMENT_TOKEN_TO_BE_REPLACED 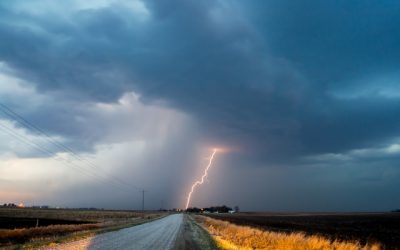 As a Pastor there are many challenges I have had to face in the last two years. With this role comes a lot of stretching, a lot of learning, and a lot of growing. One of the areas I find stretches me in particular is dealing with unstable, or should I say, unplanted...

END_OF_DOCUMENT_TOKEN_TO_BE_REPLACED

How to Fix the Castles in the Sand

It is possible. To build castles in the sand. To build a lot over time as a prescription drug for a hidden sickness in the heart. Probably watching the castle rise would numb the pain. The success on this side to cover the shame on the other side. To feel good when...

END_OF_DOCUMENT_TOKEN_TO_BE_REPLACED

20 building blocks of vision for your ministry

Here's an excerpt from the book Visioneering by Andy Stanley The formula: V ISIONEERING = INSPIRATION + CONVICTION + ACTION + DETERMINATION + COMPLETION Everybody ends up somewhere in life. A few people end up somewhere on purpose. Those are the ones with vision. They...

END_OF_DOCUMENT_TOKEN_TO_BE_REPLACED

God anoints us to complete an assignment with better authority and ease than anyone can on the project. However it will not do the research for you. What research you may ask? Read on.

END_OF_DOCUMENT_TOKEN_TO_BE_REPLACED

Without direction, a man can be void of his real value. With no currents to stir his strength, he is merely like a wasted dry bone. Find direction at His feet.

Don’t Be Motivated by ‘that Pastor’

The Most Important Prayer of Every Leader

Are Signs and Wonders Following You?

What Does It Really Mean to Be a Donkey for God?

Top 3 Assignments of a Servant of God

How to Learn from Your Imperfect Leader

The Vocal Minority vs. Silent Majority

How to Receive and Give Correction

The Easiest Way to Success in Ministry

Critics are Always in the Camp

Acknowledge But Do Not Accept Praise

Join us every week, let us grow together in the Lord..

END_OF_DOCUMENT_TOKEN_TO_BE_REPLACED

7 Dangers of Pleasing People Around You

END_OF_DOCUMENT_TOKEN_TO_BE_REPLACED

What to Look for in a Life Partner?

END_OF_DOCUMENT_TOKEN_TO_BE_REPLACED

Hold On, This Too Will Pass – May FB Cover Image

How to Move towards Encounters with God

How to Strengthen your Weak areas of Life

Spiritual Battles: How to help someone backsliding from God

Q&A – How to be Intentional & Conscious of our Actions? 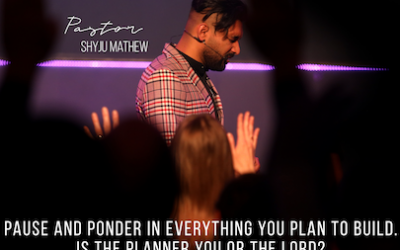 Preparing for the Midnight Hour (Part One): Building for Revival

[Spanish  | French | Creole]We welcome our RN Family and Readers to this... 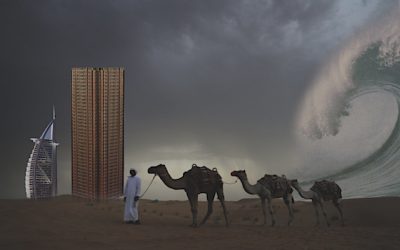 Prophetic: Will the West Coast Rumble Lead to the Middle East Roar?

Following the Lord's repeated instructions, I journeyed to Los Angeles to pray... 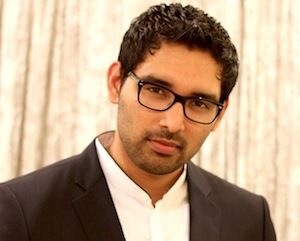 Who Does Not Like Free? Revival Series PDF Giveaway

By God’s grace, the “Guarding the Heart Blog” have reached hundreds of...

3 Steps to Receive a Greater Dimension of God 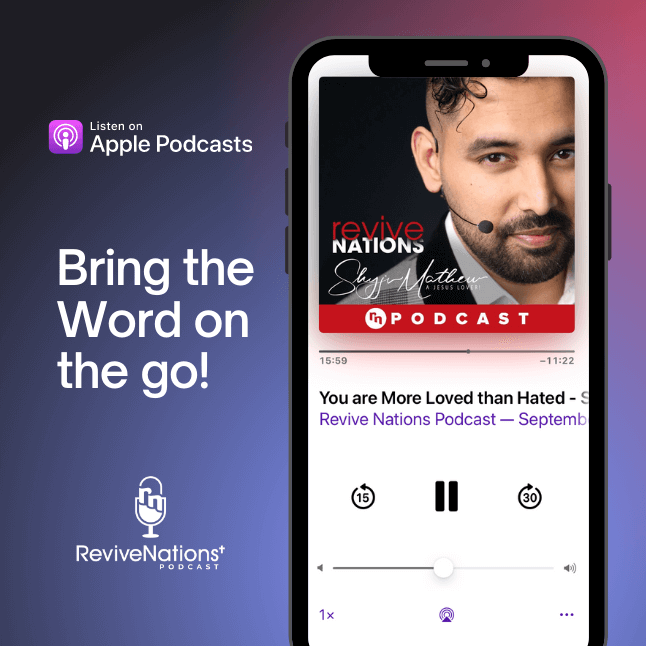 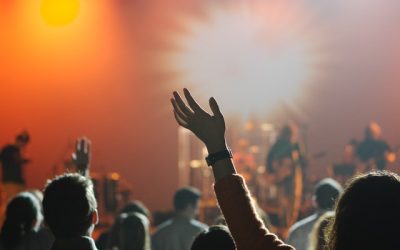 There is a great need in the Body of Christ. How do we develop the muscle of worship that leads to revival? How do we move to a deeper worship? Depth in worship always requires a combination of spirit and truth. 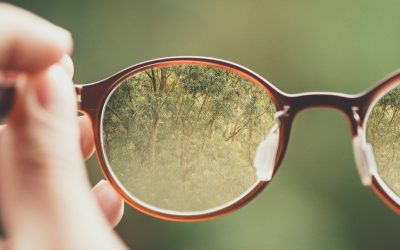 Visions have never been this plentiful, this deep, this glorious in such a short period of time.  Therefore, it then becomes our responsibility to be conscious and alert of the schemes of the enemy in the midst of all things great. 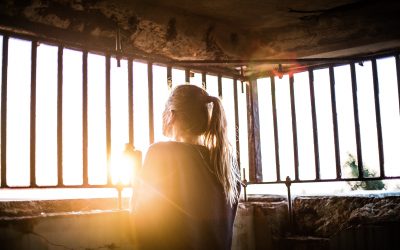 One of the enemy’s most effective tricks to trap believers is through a self-convinced posture of judgement. It is crucial we resist this trap.

In Jesus’s day, the Pharisees were so certain that Jesus was wrong, they turned the heart of the people against their own Saviour, inciting the crowds to shout “Crucify Him!”, when five days earlier, joyful hosannas had echoed off the Jerusalem walls. These zealous leaders were so convinced they were right, they sought the Lord’s destruction, sliding their Scriptures like beads on an abacus, measuring and weighing the very Word of Heaven with hellish accusations of judgement. Self-justified, deceived, without discernment, fuelled by pride and destroyed by conceit, they turned their own people against the Saviour and incited hatred against the very One sent by Heaven for their deliverance. 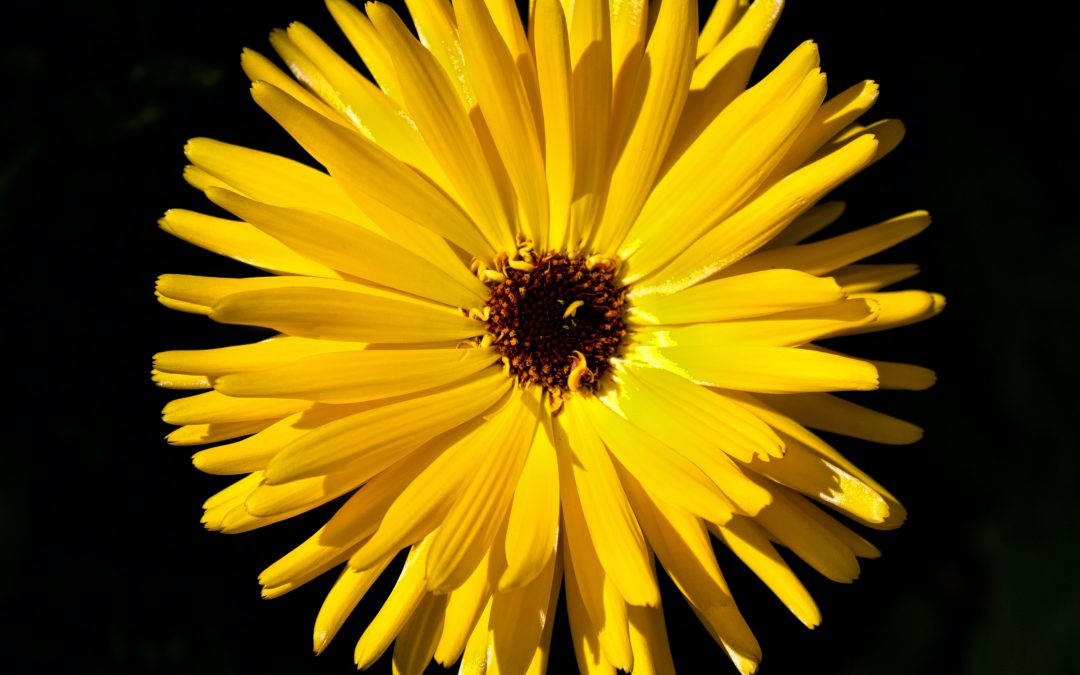 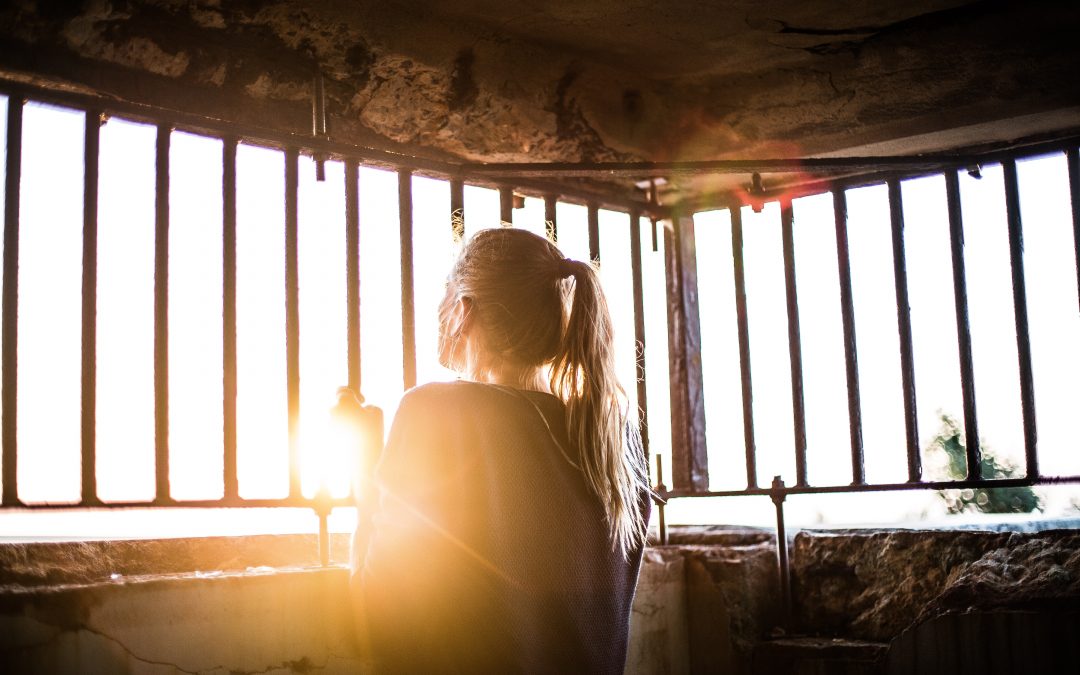 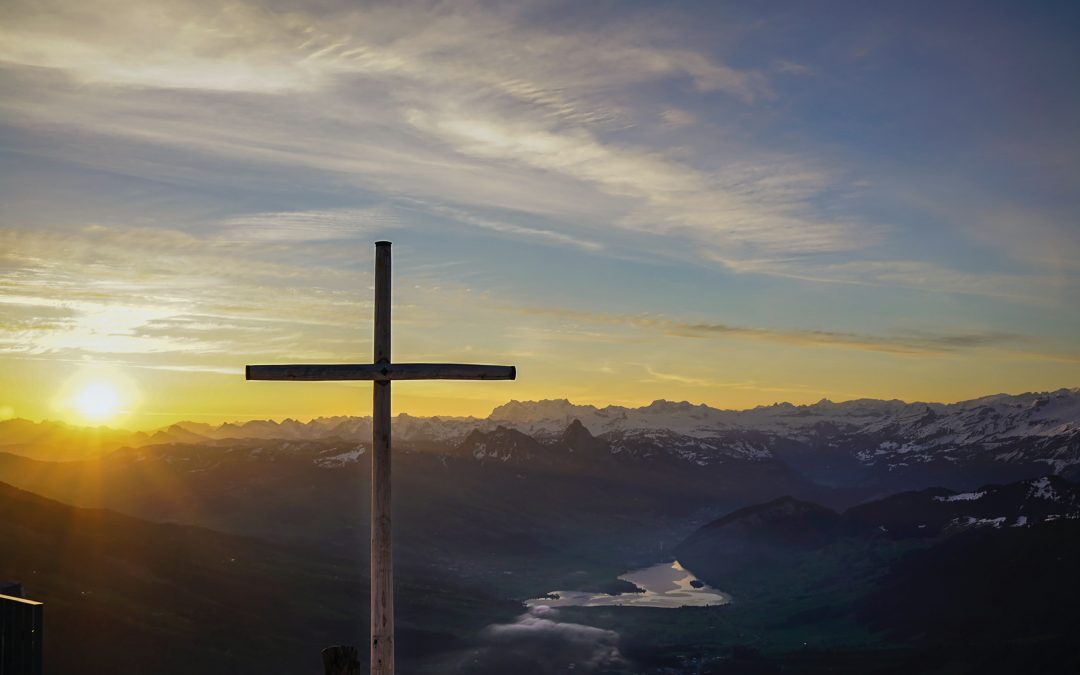 How to Move towards Encounters with God 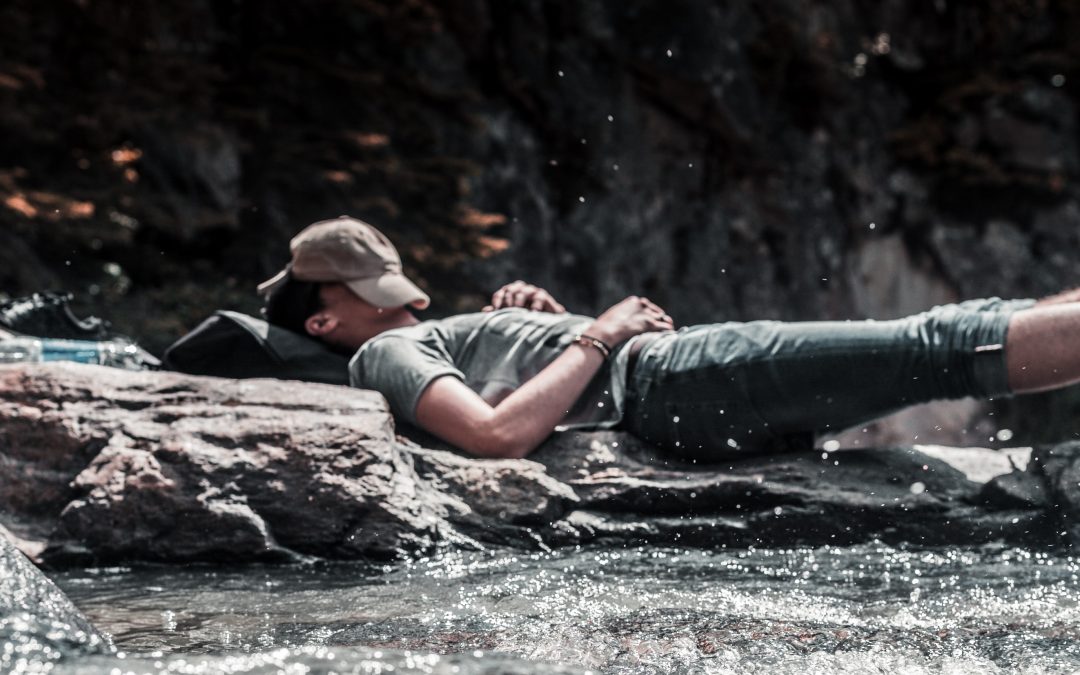 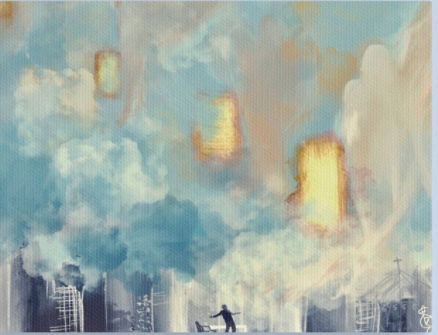 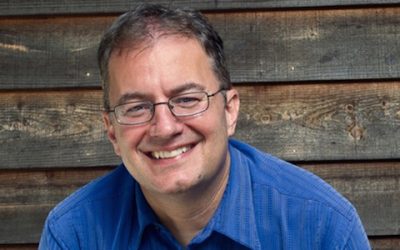 J. Lee Grady is the director of The Mordecai Project, an international missions organization that focuses on confronting gender-based violence and oppression in developing nations. 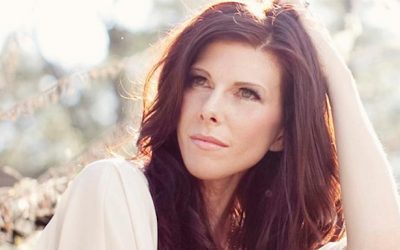 Christa Black who is a Multi-platinum-selling songwriter, powerful speaker, entertainer, and popular blog-author. Christa has traveled the world to speak in international events inspiring thousands to find freedom from addictions, eating disorders, shame, and self-hatred. 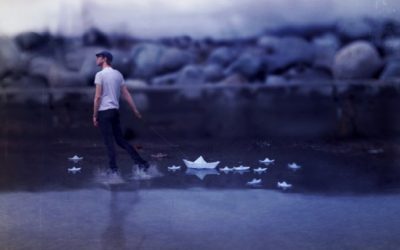 Peter, by far, is one of my favourite people in the New Testament. The dichotomy of his personality sets him apart from the remaining 11 who loved and followed Jesus.